Fancy a Drink? A Brief Guide to Drinking in Spain 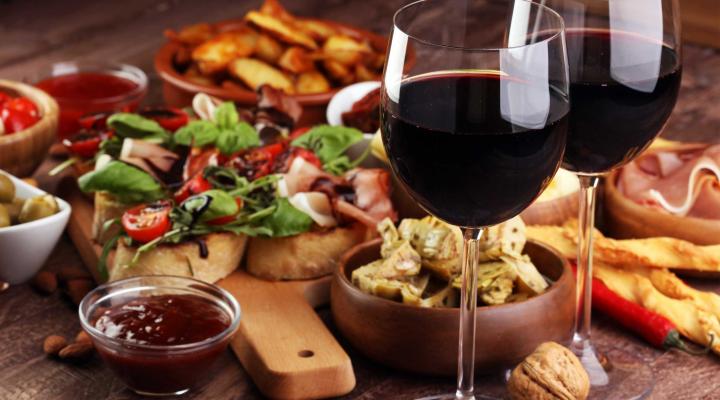 If you’re an expat moving to Spain from elsewhere in Europe, particularly from the UK, then you may find that the Spanish drinking culture is very different from what you’re used to. You will very rarely see binge drinking in Spain (unless it’s by tourists) and instead, Spaniard's view drinking as a fine art; a marathon with a precise schedule that will take them from bar to bar at a leisurely pace, and one where enjoying a drink is considered to be a normal part of everyday life. To help you understand (and maybe even replicate) the Spanish drinking culture, here is a brief guide to drinking in Spain.

What to Drink and When

There’s a time and a place for drinking in Spain: the key is to pick the right drink at the right time. Rebujito is a day time drink, for example, whilst wine is conventionally saves to enjoy with dinner. Here are some of the most popular drinks in Spain and the right time to enjoy them:

Beer is usually served on tap in Spain, although it is possible to be offered a bottle of beer in some bars or restaurants. If you ask for a beer then you will be served in a small 33cl glass known as a caña (which is just less than a half-pint in volume).If you would prefer a large serving then you will need to ask for this specifically. Beer is widely available and very affordable. As a general rule, you can order a beer at any time of the day, after midday in Spain. Beer in the country is always served cold and, like most drinks, served with a small tapas dish of snacks. The kind of beer available is likely to depend on where in the country you are based; Cruzcampo is popular in Southern Spain because the factory is in Seville whilst Mahou is popular in Madrid. As a general rule, the most common beer will be the one available in the local brewery.

Spain is famous for its high-quality wine, so it should come as no surprise that this is also a popular drink in the region. Wine is also more affordable in Spain than in many other countries, because it is so readily available. Although you can order a glass of wine with your lunch, it is much more common to serve wine with dinner: people in Spain tend to only drink wine as an accompaniment to a meal. Most Spaniards enjoy red wine with Rioja being particularly popular.

Rebujito is a specifically Spanish drink that it’s unlikely you will have heard of anywhere else, but which you’re sure to hear a lot about when you live in Spain! This is a popular summertime drink, and one that many Spaniards enjoy when they visit the local feria. Rebujito is a daytime drink, and in the UK ia similar drink would be referred to as a ‘white wine spritzer’. Effectively, white right is mixed with either lemonade or lemon and lime soda. The drink is served over ice and garnished with a sprig of mint. Because it is so refreshing, this is the perfect drink for enjoying in the sun: most Spaniards will then switch to something harder when the sun goes down.

If you’re mixing spirits with a non-alcoholic mixer in Spain then you’re drinking Cubatas! Vodka and soda, rum and coke, whiskey and lemonade: these all fall under the Cubatas umbrella. When it comes to drinking alcohol, the Spanish like to keep things simple, which is why you won’t find modern cocktail bars in many Spanish towns. Cubatas is what Spanish people switch to drinking when the sun goes down; these drinks can be enjoyed in your local bar, but are often enjoyed at home or in your local park or garden too.

If you’re in Northern Spain then you may be offered a glass of Kalimotxo; this is a regional drink that is incredibly popular in Madrid. Effectively, Kalimotxo is red wine mixed with coke, and this is a drink people often serve in their homes rather than order in a bar or restaurant. Kalimotxo is not common in Andalucia, but if you’re curious then it would be very easy to DIY so that you can give it a try!

Often known as digestifs (or aperitifs in France) it is very common in Spain to drink a shot of liqueur after a large meal.  The most common ones are licor de hierba (an herbal liqueur) and licor de limón (lemon liqueur). Taking a shot of liqueur in this way is said to help you to digest your food, and settle your stomach if you’ve overindulged and are feeling full. It is very common to see families and groups of friends drinking liqueurs in this way both in restaurants and at home.

Sangria is a popular drink around the world, and blends red wine with lemonade and often fresh chopped fruit. This is another drink that can be enjoyed at any time of day. Spaniards, however, are more likely to enjoy tinto de verano than sangria, thanks to its convenience. Tinto de verano is effectively red wine and lemonade, or sangria without the fruit. You can buy it pre-made either in restaurants or grocery stores, making it much more convenient to enjoy on the go, or at any time of day.

Ready to practice drinking like a Spaniard? Perhaps you’re looking to make your move to Spain a permanent one? Search our holiday rentals for a short-term stay, or our properties for sale if you're ready to feast on delicious tapas and sangria in beautiful Malaga all year long!