Famous Films That Were Filmed in Spain 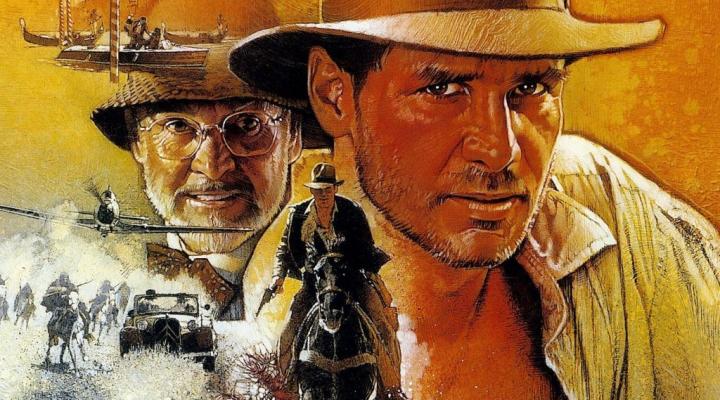 Spain is a country that has a rich cultural heritage and is widely regarded as a European centre for art, music, and architecture. But what you may not know is that Spain also has a thriving movie making community, both for small independent films and larger, international productions. What’s more, almost since Hollywood stepped outside of the studio and started filming on location, Spain has been an incredibly popular filming destination for a huge variety of films (whether they were supposed to be set in Spain or not!)

With that in mind, here is a breakdown of some of our favourite films that you probably had no idea were filmed in Spain:

Why absorb the expense of flying an entire film crew to the Arabian Peninsula when you could recreate it perfectly in Spain instead? 1962 cinematic classic Lawrence of Arabia was supposed to be filmed in Jordan, but a combination of expense and crew illness means it was actually filmed in Spain. South Eastern Spain’s Almería and the Tabernas Desert doubled up as the Arabia of the movie, and even famous Spanish buildings were used in lieu of the Middle Eastern sites in the film: Seville’s Plaza de España was used to depict the British Expeditionary Force Headquarters in Cairo.

A Fistful of Dollars

Spain was one of the main filming locations for Hollywood’s infamous spaghetti Westerns, including the 1964 classic, A Fistful of Dollars. The Tabernas Desert, located in southern Spain, is actually the only desert in Europe, and it was chosen as a filming location thanks to its resemblance to the American Wild West. Even now, you can visit the Oasys Park, also known as “Mini Hollywood,” in Almería to explore some of the original Spaghetti Western sets that were abandoned in the region, as well as find out more about the rich history of movie making in the area.

Other Spaghetti Westerns that were filmed in Spain include: 100 Rifles, How I Won the War, and Once Upon a Time in the West.

Spain wasn’t just a hot filming location during the 1960s. Although set in WWII Jersey, 2001 film The Others, starring Nicole Kidman, was actually filmed in Spain by Spanish filmmaker and director Alejandro Amenábar. Many of the city scenes in the film were created in Madrid, whilst the old manor house that forms the main location of the film the Palacio de los Hornillos in Las Fraguas, Cantabria.

The Others was considered to be one of the best Spanish-made films of the decade, and proof that films with limited budgets and limited locations could still capture the global imagination.

One of the most surprising films that was created in Spain is 1965 classic Doctor Zhivago, which was set in snowy Russia. It’s near impossible to imagine that this snow-dusted piece of cinematic legend was filmed in sun-soaked Spain, but it was! Filming in Russia was impossible, as the film that the book was based on was banned in the Soviet Union, so director David Lean opted to base the production in Spain as he had experience of filming in the region before.

The next time you watch Doctor Zhivago and admire the snow dusted buildings and heavy fur coats, bare in mind that the snow is in fact dust that was gathered from a nearby marble quarry, and the actors were struggling in layers of fur during what was one of the hottest summers the country has ever experienced!

Cleopatra is famous for being one of the last big films made within the Hollywood studio system, as well as one of the most expensive. In fact, making Cleopatra in the studio drove 20th Century Fox to bankuptcy. So, it may surprise you to hear that, despite being a studio production, the opening battle sequence to the film was shot in Almeria in Spain. In 1963, when the film was produced, Almeria was fast becoming one of the film industry’s most popular locations.

Indiana Jones and the Last Crusade

Much of the iconic 1989 classic, Indiana Jones and the Last Crusade, was filmed in the Tabernas Desert (better known as the home of the spaghetti western). This now infamous region of Southern Spain doubled as Middle East during several large segments of the movie, including the iconic tank chase scene that took place at the climax of the film.

As Indiana Jones and the Last Crusade was such a big budget film, unlike many of the other films featured on this list, it was created in a huge variety of locations. Filming also took place in Cabo de Gata-Níjar Natural Park as well as at Bürresheim Castle in West Germany and Elstree Studios in Borehamwood, England.

Given that it is almost entirely set inside a coffin, 2010 independent film Buried could have been filmed almost anywhere. Starring Ryan Renolds, the film is set in Iraq, but in reality it was shot over 16 days in Barcelona by Spanish director Rodrigo Cortés. The only real clue that we are given that this film might have been filmed in Spain is that it had a Spanish director!

Ready to add a new location to the movie of your life? Always dreamt of living in Spain? Then why not turn that dream into a reality! Our local property experts are perfectly placed to help you with your Spanish property search, doing the hard work so that you don’t have to.