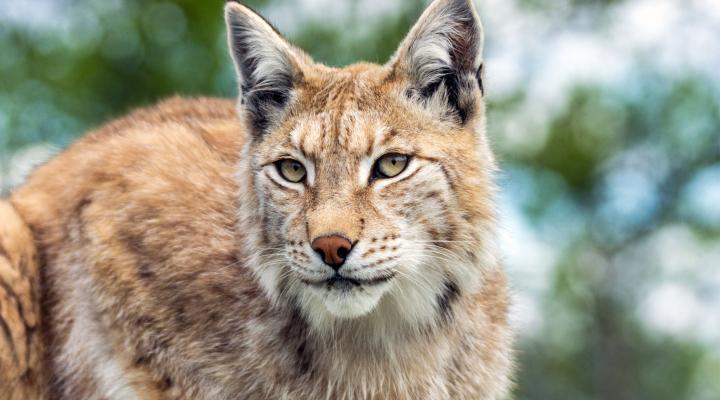 Spain has so much more to offer than sun, sea, and sangria. And nature lovers will be surprised to learn that Southern Spain is a mecca for wonderful wildlife, as well as an abundance of beautiful native flora and fauna. There’s so much to see and explore that many Britons visit southern Spain for a holiday to explore the nature reserves, and then move to Spain to immerge themselves fully in its wildlife!

With that in mind, here is a brief guide to the wildlife of Southern Spain, and the wonderful places you can go to explore it:

The Animals to Look Out For

Whilst the term ‘The Big Five’ is most commonly associated with the African Safari community, you may or may not know that Spain has its own ‘Big Five’. The Spanish Big Five are Bearded Vulture, Spanish Imperial Eagle, Iberian Lynx, Iberian Wolf and Eurasian Brown Bear.

The Iberian Lynx is one of the rarest cats in the world, and your best chance of seeing it in its native environment is right here in Andalucia. This is a relatively small cat, standing at around 1 metre long and 60cm from floor to shoulder, and it is well-known for its camouflaging capabilities, making it difficult to spot. The best places to go if you want a glimpse of this elusive creative is the Sierra de Andujar Natural Park, which is just two to three hours by road from Malaga or Seville. Other mammals that are often found in this region include the Ibex; wild mountain goats that move at speed and can frequently be spotted on dizzyingly high mountain paths as you drive from location to location. Wild Boar are also regularly spotted in Andalucia, as they have no natural predators here (except man) so whole family groups can frequently be seen in the hills of the region.

If you’re more interested in birds then there is, arguably, no better place to be. Andalucía is on the migratory route of many of the numerous flocks of birds that travel annually from Europe to Africa and back, so it is well-known for its feathered abundance. Expect to see great views of White Stork, Griffon and Egyptian Vultures, Short-toed and Booted Eagles, Honey Buzzard and Montagu’s Harrier. In the wetland areas some of Europe’s and the world’s most spectacular birds such as Greater Flamingo, Cinereous Vulture and Golden Eagle all make their home. Finally of note is the small population of Northern Bald Ibis, one of the rarest birds in the world, which can be found in La Barca de Vejer in Cadiz.

And if you’re looking for life underwater? Well, you won’t be disappointed! Between August and September you can expect to see killer and long-finned pilot whales a short distance from the coast, whilst Common Bottlenose, Short-beaked Common and Striped Dolphins also frequently play off the Spanish shores throughout the year.

The Best Places for Nature Lovers

Andalucia is blessed with an abundance of nature reserves, meaning that nature lovers could visit a different reserve every day for a two week visit to the region, and still not see them all! Here are some of the best places for nature lovers in Andalucia to visit during their stay:

Always dreamt of moving to Spain? There has never been a better time to turn your dream of Spanish home ownership into a reality. If you’re looking for estate agents on the Costa Del Sol then why not get in touch? Our locally based property experts are a font of local knowledge, with properties for sale in Benalmadena and many other idyllic locations in Southern Spain, we are perfectly placed to help you find the home of your dreams.