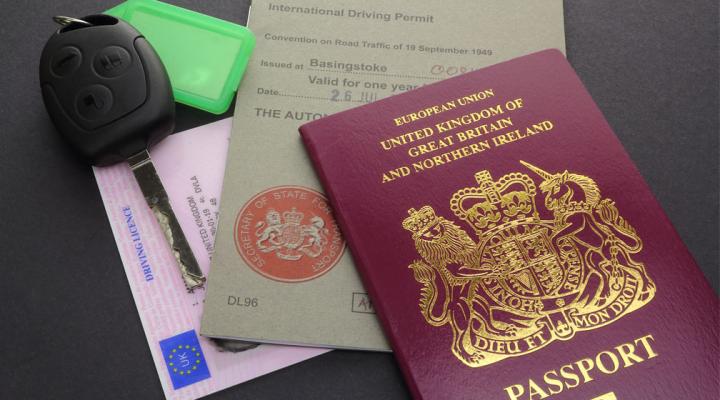 As the UK’s break from the EU draws ever-closer you may be beginning to panic about how this change will impact your life in Spain in real terms, particularly if you are still struggling to secure an appointment to exchange your British driving licence for a Spanish one. Will you still be able to drive your car? Will you still be able to make a simple licence exchange once the Withdrawal Period is over? Here’s the latest update on driving licences in Spain, with everything you need to know:

You are no doubt already aware that your DVLA Driving Licence will no longer be valid in Spain once the UK leaves the EU. It has been a legal requirement that anyone who lives in Spain for more than six months of the year should apply for a Spanish driving licence, but if you were only driving in Spain occasionally (such as for visiting your holiday home) then you were able to still use your UK licence. However, early during the Brexit negotiations, Spanish authorities announced that individuals with British licences would no longer be entitled to simply swap their licence directly for a Spanish once the UK had left Europe and the transition period came to an end.

Of course, the concept of simply exchanging one driving licence for another sounds very simple but, as is so often the case, bureaucratic issues (and the complications caused by Coronavirus) made it a little more complicated. Securing an appointment at the DGT offices in those areas where many British ex pats live (such as the Costa del Sol) is very difficult, and many Brits were reporting that they were unable to secure their appointments before the end of the transition period.

As a result, the British Embassy released a statement at the beginning of October stating that they were discussing this issue with the Spanish transport authorities and plans were being put in place to revise the system. Now the details of this new process have been published.

The DGT has now unveiled a new, updates system that enables UK nationals to begin the process of securing their new Spanish driving licence, even if they are unable to secure one of the few spaces available at the local DGT office. The system was launched on Monday 16th November, and means that applying for your Spanish driver's licence will become a two-step process, rather than a one step process.

This means that you can now complete stage one before the end of the transition period deadline (which is the 30th December), rather than the whole process, and you will still be eligible for your Spanish driving licence, under the pre-Brexit terms. You then have another six months to complete the process, giving you plenty of time to secure that coveted DGT office appointment.

A New Step To Securing Your Driving Licence

The first step is to make your application for a new Spanish driver's licence to the DGT. This effectively lets them know that you are waiting for your appointment and are in the ‘queue’ to receive one. You must have made this application by the 30th December. You can do this via their online portal if you have a digital certificate/CLAVE or by calling 060 and asking for a Canje de Permiso de Reino Unido on the automated system.

If you prefer not to call and make your application, you can do this in person in some provinces. Just download the form here, and then take it to your local office: we recommend you ring ahead and confirm this is possible in your area, to avoid a wasted trip. You could also have someone do this for you on your behalf, practically if you are elderly, housebound, or at risk of developing COVID complications.

As part of this process, you do not need to have secured your green residency certificate yet, but you will need an NIE. As soon as this process is complete, you can wait for 3 days, and then you can book your appointment with the DGT to secure your new Spanish driving licence: the appointment can be booked via the DGT website.

Whilst this whole process remains time sensitive, as long as your application has been submitted, using the step 1 process outlined above, before December 30 and the UK authorities have verified that your UK licence is valid by the end of the year (this part of the process will be carried out between the DGT and the DVLA) , your appointment to exchange your licence can be after January 1 2021. It just needs to take place  within the first 6 months of next year.

In a statement on the issue, the British Embassy has announced: “Please note that you will need a residency certificate/TIE to do final exchange, so if you are in the process of applying for residency you may want to choose a later date for your appointment.”

What Happens if I Don’t Exchange My Licence?

If you don’t exchange your driving licence, or complete step one of the new application process, before the end of the transition period then you will still be able to use your UK driving licence in Spain for 6 months after 1 January 2021. Beyond that point, if you are a resident in Spain then you will need to pass the Spanish driving test in order to secure your Spanish driving licence if you want to drive in Spain. (although its important to note that until the end of the withdrawal period, these rules could still be subject to negotiation and change)

Are you thinking of moving to Spain? Ready to take the plunge and start a whole new life in the sun? Then why not get in touch with our team of locally based property experts, who are perfectly placed to help you turn your dream into a reality.