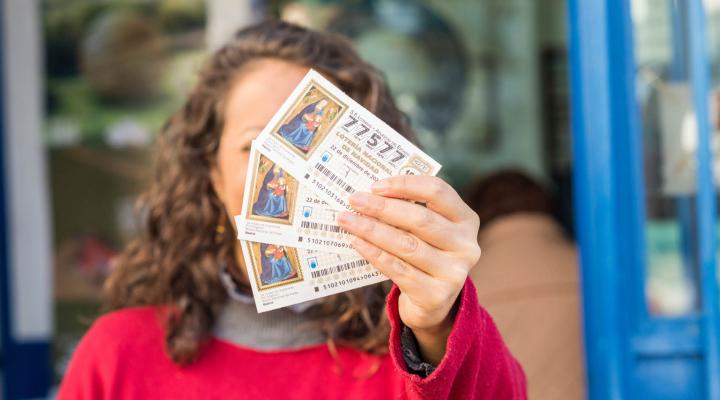 The annual Christmas lottery, known as ‘El Gordo’, or ‘The Fat One’ is an integral part of celebrating Christmas in Spain, and the scale of the event is unlikely to be like anything you have ever seen before. First hosted in 1812, the Spanish Christmas lottery has been held on 22nd December every year ever since. Even times of national crisis, such as the coronavirus pandemic or the Spanish Civil War, have not stopped the El Gordo lottery draw taking place. So, what is El Gordo? Why is it so significant? And most importantly, how much money could you win? Here’s everything you need to know about this Christmas institution:

How Much Can You Win?

The prizes available from El Gordo are significant, which goes some way toward explaining the appeal of the lottery. In 2022 the total value of the prize pot is a whopping €2.4 billion. The biggest prize available is the one known as El Gordo (the fat one) and this year will be worth 680 million euros, which will be shared amongst all of those tickets with winning numbers: this means that the highest value per decimo is €400,000 per décimo. The second prize per décimo is €125,000 and the third is €50,000. The fourth prize is worth €20,000 per décimo and there are two of these prizes available, followed by eight fifth prizes worth €6,000 per décimo and 1,794 prizes of €100 per décimo. There will be 172 million decimos available for sale this year, giving you plenty of chances to win. In fact, you have an incredible 1 in 6  chance of coming home with a prize, which is one of the most generous lotteries in Europe, and goes a long way toward explaining why the whole nation is so obsessed with the ‘El Gordo’ lottery.

One in seven Spanish adult residents will play the Christmas lottery, and the average Spaniard will spend €63.82 on buying lottery tickets.

What is the History of El Gordo?

El Gordo has a rich history, having been first hosted on 22nd December 1812. This makes it the second oldest lottery in the world. The event was originally held in Cadiz, but moved to Valencia during the Spanish Civil War. After the War the location of the lottery was moved back to Madrid, which is where it continues to be located today.

How Do You Play?

The ticketing system for El Gordo is complicated: You can’t just pop into any newsagents and pick the numbers you want. Instead, each lottery shop has different numbers available: you can either take the numbers available in your local shop (this is what most people do) or you’ll have to travel around if you want specific numbers. For this reason, the big winners of the ‘El Gordo’ are usually all from the same area: Because they have all purchased their tickets from the same lottery shop. If you do want to invest in a specific number then you can find it using an online tracking tool such as  this one from El Mundo.

It’s also important to note that you won’t be the only one with your lottery number: each number is repeated up to 172 times, which is why although the total prize for El Gordo is 680 million euros, each winner will only take home 400 thousand euros. To buy a whole ticket will cost 200 euros, but you can buy a tenth of a ticket, which is referred to as a decimo, for 20 euros. This is the route that most people choose when buying their tickets. You may even find that you are offered a smaller part of a decimo: some businesses or friendship groups will buy a whole ticket and then sell small portions, or participaciones, of that ticket for €1.

If you’ve decided you’d like to play the lottery during your time in Spain then you can buy tickets from dedicated lottery shops, but you are also likely to be offered tickets in your local bar, favourite restaurant, or through syndicates of friendship groups or workplaces, as mentioned above. Often people will buy a share of several tickets, so that they’re not left out if one of these groups wins! Noone wants to be the person that didn’t buy a ticket if all of their colleagues win El Gordo! Tickets are on sale in the lottery shops until 10pm on December 21st or online until 11.45pm.

What Happens on the Day of the Draw?

The lottery numbers are drawn on 22nd December, and this is a day of excitement across Spain. The draw starts at 9am and lasts around 3 hours, during which time you will find most Spanish households huddled around the TV. Following tradition, the balls are sung by the pupils of Madrid’s San Ildefonso school as they are drawn. This is a tradition in the country because this school was originally a home for orphans winners of El Gordo traditionally donated a portion of their winnings to San Ildefonso. Now you will find children of both genders drawing the balls, but the first girl to take part in this tradition wasn’t introduced until 1984. As well as watching the draw on the television, views will also dress up in lottery-themed hats and clothing. Often children at home will sing the numbers throughout their streets.

Whilst this all sounds very exciting, in reality the coverage of the draw has been famously referred to as “the most boring Christmas show on TV”.

Are Your Winnings Tax Free?

It used to be that you didn’t pay tax on your winnings from El Gordo, but in 2013 a cash strapped Spanish government introduced a tax on the lottery for the first time. This year you will pay a 20% tax on any amount that you earn over 40,000 euros. This means that if you win a single decimo of the top prize then of 400,000 euros then €72,000 would go to Spain’s Hacienda taxman and the winner would keep €328,000.

If you do decide to play the Spanish Christmas lottery then you are advised to buy your ticket from authorised vendors, keep your ticket safe so that you can make a claim if you win, and if you’re buying tickets with friends or family then decide on how any winnings will be split before the draw, to avoid arguments at a later stage.

Have you ever purchased a ticket for El Gordo or spent Christmas in Spain? Are you thinking of investing in a Marbella property of your own? Why not get in touch with our local property experts and let them help you find the perfect property of your dreams. Just like Santa, they’ll find you everything you’ve been looking for!