Everything You Need to Know About Beer Culture in Spain 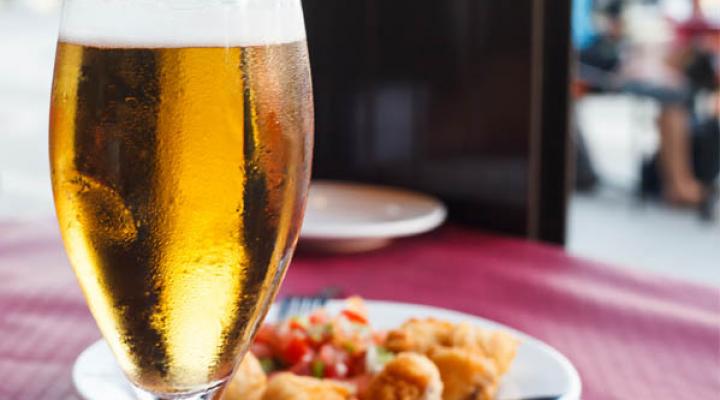 When it comes to alcoholic beverage, Spain is a country best known for its rich and varied wine options. Spain’s wine regions are prolific, and the country is the most widely planed wine-producing nation in the world. Once upon a time, beer lovers in Spain would be offered a small glass of light lager, but in recent years things have changed. Spain now has a much more refined beer culture with a huge number of craft breweries emerging in the countries. From the best craft breweries to look out for to how to order a beer in Spain, here’s everything you need to know about Spanish beer culture:

Do They Drink A lot of Beer in Spain?

As we have already outlined above, individuals outside of Spain view the country as a wine drinking rather than a beer drinking nation. And there is some truth to that. The biggest beer drinking nations in Europe are the Czech Republic, Germany, Britain and Ireland. Countries where the weather is cold and the beer glasses are large! But Spaniards also love beer, and on a hot day it is much more common to see someone drinking a cold glass of beer than it is to see them with a glass of wine. Spaniards drink between 40-50 litres of beer per head per year, making Spain a nation of beer drinkers, but quantity doesn’t not mean quality is valued: many Spaniards believe that beer is beer.

A small glass of Spain is called a cana, and when you order a cana in a Spanish bar it is uncommon to specify what type of beer you would like. You will usually be given a generic lager, and the three biggest brewers in Spain are Heineken España, who produce Cruzcampo, San Miguel-Mahou, and Damm, who make Estrella Damm. You will usually be given whatever that particular bar has on tap, and most bars will only have one or two beers on tap. These are almost always light lagers.

Are Some Beers More Popular Than Others?

Whilst Cruzcampo, San Miguel and Estrella Damm are the three biggest beer brands in Spain, if you spend any time in the country you will quickly realise that the popularity and availablity of these brands will be determined by the region you are in. In Seville, for example, almost every bar will serve Cruzcampo whilst in Galicia you’re more likely to be offered Estrella. But just because these are the three biggest beer brands doesn’t mean that Spaniards don’t also enjoy a rich and varied selection of beers, many of which are locally produced.

Another key thing to note when drinking beer in Spain is that the measures are likely to be smaller than you’re used to: It’s unusual for beer to be served in pints in Spain. Instead, you should ask for a cañas, which in some parts of Spain are called zurito, corto or even penalti. They can vary in size depending on the region but usually they’re just 20cl: it is possible to ask for a double in some bars and be served a 40cl glass of beer.

Is Craft Beer Popular in Spain?

If you are from Northern Europe or America then you will be well aware of craft beers and the artisans that produce them. However it is only in recent years that this type of beer has grown in popularity in Spain. This is reflected in the figures: there were just 21 microbreweries in Spain making craft beer in 2008, but by 2022 this number had grown to 420. If you have a passion for craft beer and craft breweries then the region with the largest number of these is Catalonia, followed by Andalusia and Castilla y León. Some of these breweries will offer guided tour and tasting sessions which are incredibly popular with both tourists and locals alike. In 2019, 22.4 million litres of beer were produced by craft breweries in Spain, showing that this is a big market and one that will only become more popular.

You will find Spanish craft beers stocked in restaurants, bars and supermarkets. And unlike a decade ago, if you don’t want to order a lager then you can walk into almost any bar and restaurant in Spain and order, and be served, another type of beer instead.

The Best Craft Beers in Spain

If you’re interested in exploring the burgeoning Spanish craft beer market, then here are some of the best craft beers made in the country that you should try: