Everything That’s Happening in Spain in December 2022 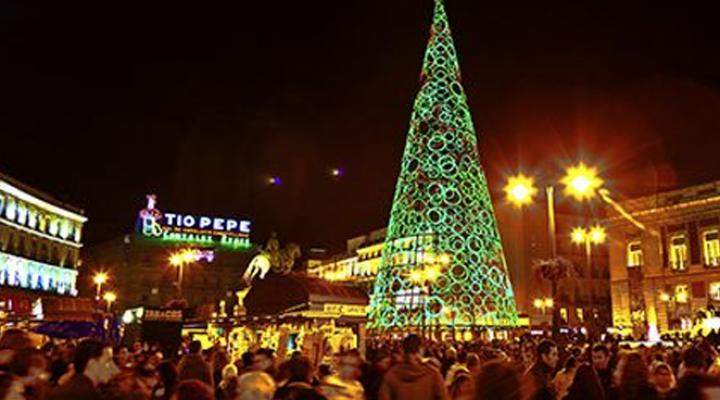 Christmas is fast approaching, and with it the public holidays and nation-wide celebrations that it brings. But December 2022 also brings the introduction of new legislation in the country, and a reduction in the cost of medications across Spain. Here’s everything that is happening in Spain in December 2022:

Just like in many other European countries, Christmas Day is a public holiday in Spain. However, because December 25th falls on a Sunday, the public holiday will be moved to December 26th this year, giving workers a longer break. Spain is a month where there are several other public holidays too. Tuesday the 6th December is Spanish Constitution Day and Thursday the 8th December is the Day of the Immaculate Conception. Both days are national public holidays across all regions, and it is not uncommon for workers to take an extra vacation day between these two holidays in order to take advantage of a longer break from work. Some even take three days of annual leave, and take the whole week off.

This summer was a scorcher and even October was one of the warmest on record. But in sharp contrast to these warm temperatures, Spain is forecast to experience an Arctic snap this December. Expect long periods of rain and a considerable drop in temperature.

On 29th November 2022, the costs of 17,000 different types of medications were reduced in Spain. However as distributors are able to hold their current sale prices until December 31st 2022, you won’t notice the difference until the new year. When the changes are officially introduced, the Minimum Reference Price for medicines will now be set at €1.60. Spain’s Health Ministry estimates that this could save up to €270.89 million – €229 million in hospitals and €41.75 million in pharmacies.

Whilst UK Ambassador to Spain Hugh Elliott confirmed that the “two outstanding issues” delaying negotiations have now been resolved, he also stated that “What I can’t tell you today is exactly how many weeks those final steps will take. ” Many British ex-pats are hoping it doesn’t take too long!

The EU has agreed to postpone its agreement on a price cap for gas purchases between different member states until December. Spain’s Minister of Ecological Transition Teresa Ribera said that she hopes the European Commission can reach a deal on December 13th at the next meeting of the Energy Council. Ribera has been very critical of the EU’s suggested gas ‘safety ceiling’ and Germany and the Netherlands were also initially reluctant to sign the agreement.

A Month Filled With Events

When you think of December, many people think of Christmas, but Spain offers plenty of other events this month too. The Carnavalcázar de Alcázar de San Juan in Castilla-La Mancha will take place: this is  the only town in Spain to celebrate its carnival in December.

On December 24th the musical performances of Canto de la Sibila will be held in churches across the island of Mallorca, a tradition which has been inscribed onto UNESCO’s list of Intangible Cultural Heritage of Humanity. Then Spain will then celebrate the Día de los Santos Inocentes (Day of the Holy Innocents), on 28th December. This is a unique version of April Fools when people play pranks and jokes throughout the day. Finally, New Year’s Eve or Noche Vieja is a big cause for celebration in Spain, with a whole host of traditions unique to the Iberian nation.

During December, line 7 of the Metro Madrid will close in order to remove asbestos from the tunnels. Avenida de America station will close from 3rd December to 18th December, but a substitute bus will run for those who still need to use the line. If you are using the station for line 4,6 or 9 then your journey will be unaffected.

On the subject of national transport, the free transport programme that has offered free multi-journey train tickets across Spain will be extended into 2023. This programme offered free train tickets on Cercanías, Rodalies and Media Distancia trains and was due to end in December 2022. Spain’s Budget Minister María Jesús Montero announced the move in October saying that it will be extended until at least December 2023, giving the government space to review the current economic situation and assess the environmental impact of the programme.

In July 2022, Inflation in Spain stood at 10.8%: the highest level seen in Spain for 38 years. However, since that high point inflation levels have dropped for four consecutive months. That trend is due to continue into December, which is good news for those of us hoping the price of our Christmas shopping might be a bit kinder on our bank accounts.