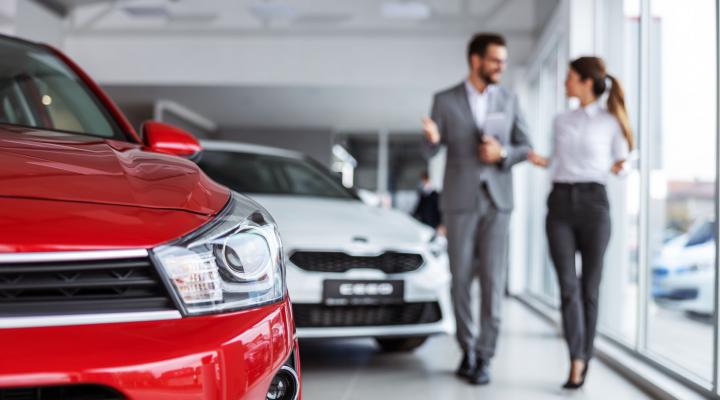 If you’re looking to upgrade your car, or have recently moved to Spain and need something to get you from A to B then it could be time to start looking for a second-hand car. Whether you choose to buy from a car dealership or from the current owner directly, it’s likely that you’ll have to give the car a thorough check, complete your negotiations, and ask any pertinent questions in Spanish.

If you don’t speak a word of Spanish then it might be wise to have a Spanish-speaking friend come with you when it’s time to make a deal. If you do speak some Spanish (whether it’s fluent or a little rusty) then here are ten questions you should ask before you buy a second-hand car in Spain:

Not only does the car’s mileage give you an idea of how much it has been used (and how much wear and tear the parts will have) it is also considered to be one of the most objective ways of determining a vehicles value. For this reason, some unscrupulous car sellers will ‘fix’ the odometer to show a lower value: if you suspect this to be the case then you can get an estimate online based on the cars age, and use this figure to make your calculations. 2.¿En qué estado está el coche usado? What’s the state or condition of the used car?

There is no way of knowing whether the salesperson is being honest at this point, but you might well find out some pertinent information at this point, such as whether there is any minor damage to the bodywork, whether the car has recently had any new parts or mechanical work done, and whether the current owner considers its condition to be excellent, good, or average.

The best second-hand cars are ones you are buying from their first owner primer propietario) and as a general rule of thumb the fewer owners a car has had the better! Cars that have been owned since new are more likely to be better treated. If they got the car second hand (segunda mano) then it is worth asking if they know how many owners it had before them. The DGT will issue you a record of the car’s history for extra confidence that you are being told the full truth about the vehicle’s previous ownership.

Whilst you are asking about the car’s history you might also like to ask where the owner lived, and where the car was kept, whilst they owned it, so that you know if it has been exposed to any hot summers, cold winters, or coastal rust (and whether any of these circumstances caused any problems.)

If the owner is unable or reluctant to show you the vehicles full service history then this should raise a red flag. The service history will give you a good idea of how new (or old) any parts are, and will also indicate whether the car has been in an accident, and how severe that accident was.

Whilst asking about the car’s service history you should also ask to see the ITV test certificate (the Spanish equivilent of the MOT) and the el libro de revisiones (the car’s service log book) where a responsible driver should have written down any issues the car may have had. If you have this as evidence of any damage, accidents, repairs or other shortcomings of the vehicle then it will make it much easier to negotiate the price you pay for the vehicle, and decide whether you actually want to buy it or not.

The answer to this question isn’t important: what is important is whether or not the seller knows the answer! Someone who takes care of their car and completes regular oil changes to the vehicle will be able to answer this question whilst someone who doesn’t will flounder.

Another question where the answer is more important than what your mechanic might say! If you don’t have any mechanical or technical car experience then it is always worth having a mechanic check over a vehicle if you’re not sure. But even if you don’t have a mechanic, asking this question will give you a good idea of whether the seller is hiding anything about the vehicle; if they are reluctant to let a mechanic give the car a once over, then this could be because there’s something they don’t want them to find.

Either way, you should check that the tyres look to be in good condition (and all have the same amount of wear), look under the hood, check the car for smoke, leaks and strange noises, and turn the engine on and off (more than once if possible) to make sure it starts smoothly and immediately.

You should never buy a car without driving it first! If the seller won’t let you drive the car, then you shouldn’t be buying the car: if they are reluctant to let you drive the car on your own, then they should come too as the passenger. If anything feels odd, or off when you’re driving the car then you should always get a second opinion from a mechanic before parting with your cash.

Now it’s time for the negotiations to begin! Asking this question lets the seller know that you’re not prepared to pay the original asking price, and that you’d like to haggle (regatear ). Have an idea in your mind of what the car is worth (there are a wealth of valuation websites that can help you with this) and know what price you’re prepared to pay before the negotiations begin. If you have the cash to pay for the car in full, this will also give you the upper hand in negotiations.

Are you thinking of moving to Spain, and buying a new property, and a new car? Perhaps you’ve always imagined having your own Spanish bolt hole for getaways and holidays? Our locally based property experts can help. We’re perfectly placed to help you find the right home for you, and turn your dreams into a reality.