Do I Have to Give Up My British Passport When I Take Spanish Citizenship? 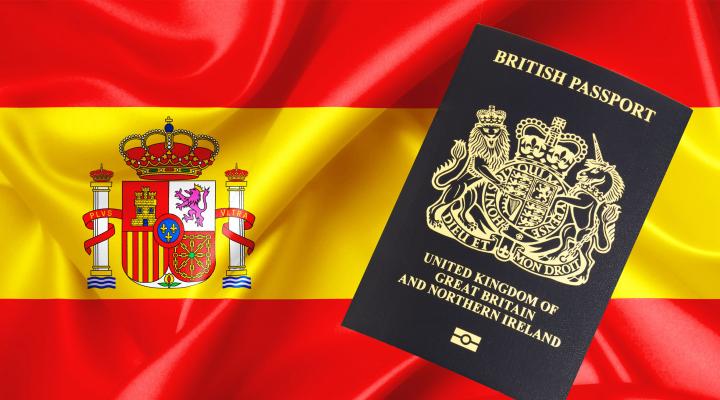 If you’re a long-term Spanish resident who has made the country your home then you may be seriously tempted to apply for Spanish citizenship. After all, citizenship comes with many benefits and affords you the security of knowing that no matter what the UK decides to do next (we’re thinking about the fallout from living in Spain after Brexit), your position in the country will be secured. The one drawback of Spanish citizenship that puts off many of the candidates we speak to? Having to give up your British passport, and that link to your British heritage.

This leads many people to ask the question, do I really have to give up my British passport when I take Spanish citizenship? Unfortunately, the short answer is yes, legally speaking you do. Here’s everything you need to know:

There is No Dual Citizenship Between Spain and the UK

At present, there is no dual citizenship agreement between Spain and the UK.  That doesn’t mean that Spain is opposed to dual-nationality, but for many years it has only recognised these between countries with which it has a specific connection. These countries include Ibero-American countries, Andorra, the Philippines, Equatorial Guinea and Portugal and for those who have applied using their Sephardic Jewish heritage. More recently, Spain has also signed a dual nationality agreement with France, which many believe could be a positive sign that they will be open to widening this up to other countries.

But if we look at the situation as it stands right now, the lack of dual citizenship between Spain and the UK can be very off putting for British citizens thinking of applying for citizenship in Spain. This is likely to be the reason why there are many more Britons applying for French citizenship (a country that does recognise dual nationality with the UK) than Spanish citizenship, which doesn’t.

Your British Passport is Your Own

You will, however, have to swear allegiance to the Spanish constitution as a part of your Spanish citizenship test, and at this stage you will stand in front of a judge who will ask you to formally renounce your British nationality. It is at this point, officially, that your British identity will be removed.

What Does the British Government Say About This?

Renouncing your British citizenship is a legal process that involves completing an application form on the gov.uk website and paying a hefty fee for the privelage. As the Spanish government doesn’t ask you to demonstrate that you have done this, there is no need to complete this process.

So, Can I Continue Using My British Citizenship?

Frankly, it’s just not worth the risk! Once your citizenship has been issued, apply for a Spanish passport and use this when you’re travelling instead.

So What Are You Giving Up?

As well as the opportunity to use your British passport (although you can still keep it) acquiring Spanish citizenship means that you also cannot legally claim to be British if you get in trouble with the law: you would no longer be eligible for support from the British embassy, for example. When you are in Spain you will be considered Spanish: when you are in the UK, you would be considered a dual national. If this leaves you feeling uneasy, or you have any concerns, you should seek professional legal advice before making the decision and taking the plunge.

Thinking of buying a house on the Spanish Costa Del Sol? Our property experts are perfectly placed to offer all of the help and support you need. Why not get in touch today?