Did Spain Experience Its Hottest October on Record? 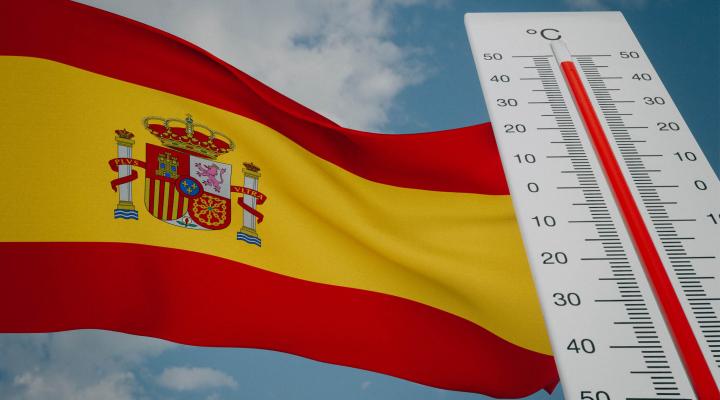 If you’ve been in Spain this month then you’ll know that the weather has been much hotter than expected: rather than feeling like autumn, it simply feels like summer has never ended. Many commenters are attributing this to climate change, whilst it has been suggested that October 2022 could be the hottest October on record in Spain. It is not yet known whether this has officially been the hottest October on record, but we do know that on 19th October weather reporters in the country announced that the month had already earnt the record for being the second hottest since 1950.

Here’s everything you need to know about the weather this October, and what it might mean for the months to come:

Weather Patterns Across the Country

The temperatures were universally higher than average across Spain this October. As you would expect, the weather became warmer the further south you travelled. Those in the coastal cities of Barcelona, Valencia and Malaga experienced temperatures in the high 20s, and were able to swim and sun bath at a time when visitors to the region usually wear light jackets. The more southern Andalusian cities of Seville and Granada experienced the warmest temperatures, with 32 degrees centigrade recorded in the middle of the month. Moron de la Frontera is a small town famed across Spain for its summer temperature records, and once again it was at the forefront of this heatwave, recording temperatures of 34 C.

It is not normal for temperatures to be this high in Spain in October, with many people visiting during the autumn to enjoy the country when the weather is cooler. This was confirmed by Spain’s State Meteorological Agency Aemet who said in a Tweet: “it’s very unusual for the time and we are not ruling out that this October will be the warmest in Spain on record”.

Is This a ‘New Normal’ for Spain?

Will the decline of summer and the arrival of autumn in October in Spain be a thing of the past? Is it a new normal for October to be such a hot month? We do know that autumns are getting shorter in Spain, and that average temperatures in the country are rising.  “If in the 80s the summer lasted three months, we can now say that it will last four,”, AEMET spokesman, Rubén del Campo, warned three years ago. This year the spokesman confirmed, “If the normal period of a summer is three months, now it lasts approximately four months and 10 days”.

As well as experiencing potentially the hottest October on record this year, Spain also saw the hottest May on record in 2022 too. Much of the country experienced temperatures of 30 degrees or more. In Jaen an unprecedented temperature of 40.5 C was recorded in May this year.

Autumns in Spain are now so warm that a new word has been created to describe the season: veroño, which is a mix between the Spanish verano or summer and otoño or autumn.

Will This Heatwave Continue Next Month?

Everything must come to an end, and the same can be said of the October heat in Spain. With the arrival of November we will see heavy rain in the west of Galicia, in Castilla y Leon and in Extremadura. Temperatures will also begin to cool, but they will still be around 5-10 degrees centigrade higher than we would expect to see in November. Del Campo confirmed this when he said: “Warmer-than-normal conditions are likely to continue into the first half of November”. This is good news if you’re spending Autumn in Spain and are hoping to spend some time on the beach.

Where Else is Affected?

It’s not just Spain that is experiencing unprecedentedly high temperatures. Elsewhere in Europe temperatures have been above average for October, with France experiencing days of temperatures over 30 degrees. With one wave of warm weather after another, the Mediterranean has been exceptionally hot this year. We can only wait to see if this will continue.