Demonstrating Proof of Income for Spanish Residency After Brexit 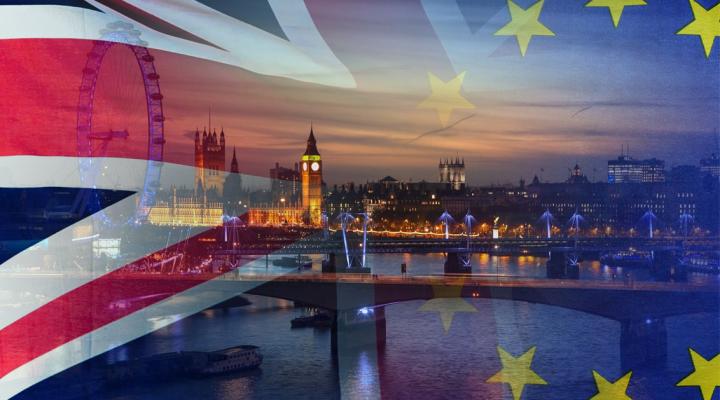 Now that the UK has left the EU, the route to Spanish Residency for British citizens is much different than it was before. You can no longer pack a suitcase and take advantage of the European-wide right to free movement: instead, demonstrating proof of income for Spanish residency, and showing how much money you have in your bank account, will play a significant role in determining whether you will have a successful residency application. Residency is important to consider if you are looking to buy a property in Spain, perhaps a property in Marbella or a villa in Calahonda?

Money is king, and if you want to become a Spanish resident then the proof of income for Spanish residency should show that you can financially support yourself, and any other dependents moving to Spain with you, independently. This criteria is a vague one, detailed by the Spanish government as having “sufficent income” or “sufficient resources”. As well as demonstrating proof of income for Spanish residency, you will also need to show that you have adequate health insurance coverage for your time in Spain. But exactly how much money will you need? And how can you demonstrate that your income is sufficient? Here’s everything you need to know:

How Proof of Income for Spanish Residency is Defined

According to the website of the Spanish Interior Ministry, when it comes to proof of income for Spanish residency, the self-sufficiency requirements are: “They have sufficient resources for themselves and their family members so as not to become a burden for social assistance in Spain during their period of residence, as well as a public or private health insurance that covers all risks in Spain.”

In real terms, this means that you are either working a job that generates enough income to support yourself and your family, have a regular pension income, or have substantial enough savings that you can demonstrate you can support your family without needing to claim benefits from the Spanish state. However, it’s worth considering that EU nationals are automatically given priority for all new job roles in Spain, making finding work in Spain after Brexit more difficult: your employer would need to demonstrate that there was no EU applicant able to fulfill the role before it can legally be offered to you. For this reason, the most popular post-Brexit visa for Brits is the non-lucrative visa. This allows non-EU foreigners to stay in Spain for a period of more than 90 days without working or carrying out professional activities: for that reason it is the visa often favoured by retirees, but anyone who wants to live in Spain and doesn’t need to work during their time in the country can apply.

How Much Money Do You Need?

The amount of cash you will actually need to demonstrate proof of income for Spanish residency is the million dollar (or Euro) question that everyone wants the answer to! Unfortunately, there is no simple answer:  According to Citizens Advice Bureau (CAB) Spain, the minimum annual amounts required in 2020 for residency applications for citizens of the EU, EEA and Switzerland are:

However, it isn’t as simple as simply looking at these figures: since the UK left the EU a lot has changed, much will depend on what type of visa you are applying for, but for the most simple, the non-lucrative visa discussed above, you would need to demonstrate access to 400 percent of the IPREM: €2,259 (£1,952) per month. So for a UK national wanting to apply for the non-lucrative residency permit for Spain for the first time in 2021 (it lasts one year), you would need to demonstrate that you had access to €27,115 (£23,436) in order to support yourself for the year. If you were moving with your family, you would need an extra 100 percent of the IPREM, or €6,778 (£5,859) per family member.

To make things even more complicated, the proof of income for Spanish residency that you would need to demonstrate is likely to differ from region to region, depending on where in Spain you want to live.

Why Does the Amount Change From Region to Region?

The Spanish Royal Decree states: “As regards sufficient financial means, a fixed amount cannot be established, but rather the personal situation of nationals of a Member State of the European Union or of another State party to the Agreement on the European Economic Area. In any case, this amount will not exceed the level of resources by which social assistance is granted to Spaniards or the amount of the minimum Social Security pension”.

Effectively, because different regions set their own benefit figures, and you must have more than the minimum amount required to claim benefits in order to secure residency (in order to ensure you won’t be a burden on the state) and the baseline benefits figures vary from region to region. In the most simple terms this, in conjunction with the whims of the civil servants based in each regional office, is why the proof of income for Spanish residency has been shown to fluctuate so dramatically between Spanish regions.

Not going to be earning an income whilst you’re living in Spain? Don’t worry, whilst having a healthy savings account will help your application, it isn’t the only factor taken into account when calculating your proof of income. Other factors that can be taken into account by the Spanish government are: investments, pension income, property titles, certified checks, even credit cards accompanied by a bank certification that proves the amount available as credit on the card. If it demonstrates a financial asset, and would make you appear more self-sufficient and financially viable, it’s worth having the evidence available.

Registering for Residency In a Post-Brexit World

Britons can no longer simply move to Spain: instead, they are treated as third-country nationals in the EU and there can be no denying that this complicates any residency application. But that doesn’t mean that it isn’t possible to fulfill your dream of living in Spain: you just need to complete more paperwork than you did before!

Are you thinking of moving to Spain? Whether you’re looking to buy or rent a Spanish property, our local property experts are perfectly placed to help. Why not get in touch today to find out more about how we can help you.