Could Life in Spain Be the Solution to Ireland’s Cost of Living Crisis? 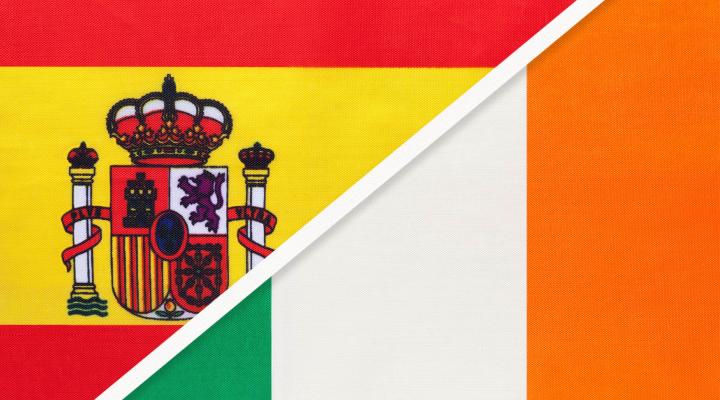 Life in Spain has many attractions: sun, sea, sand, and a warm and welcoming people. But one additional, often underexplored benefit of life in Spain is that it is much more affordable than life in many other European countries. This is something that has come to the forefront for many potential Irish ex-pats, who are considering moving to Spain in order to avoid the considerable energy and food price increases that Ireland is currently experiencing. So could life in Spain be the solution to Ireland’s cost of living crisis? We compared the current cost of living in Dublin to the cost of living in Madrid.

What is the Cost of Living Crisis in Ireland?

As a result of the increased food and energy prices across Europe, much of which is a direct result of the war in Ukraine, more than a million people living in Ireland are struggling to make ends meet: that’s 1 in 5 people from a population of 5 million people. These figures have been taken from an official survey conducted by the Irish government. Young people in the country are being disproportionately negatively impacted by the two-pronged cost of living and housing crises in the country. For this reason, 70% of 18-24 year olds living in Ireland are considering moving overseas: but does Ireland pose an attractive alternative? Is the cost of living and the cost of housing more affordable in the Iberian nation? We know that it is impossible to find a home to rent in Dublin for under 2,000 euro, which by far outstrips the average salaries in the city. How does this compare to the costs in the exciting, equally vibrant, and considerably sunnier city of Madrid? Here’s what you need to know:

If you look at an average 40 hour working week, then minimum monthly salary in Spain for 2022 is €1,166 gross. Average monthly salaries in Madrid are slightly higher at around €2,000 gross. This figure is considerably lower than the salaries you would be used to in Dublin. The average 2022 weekly wage in the city is €850 a week, meaning the gross average is around €3,683 gross per month. But if this huge salary drop seems scary, then don’t let it put you off: rental prices are considerably lower in Spain, as are other aspects of the cost of living.

One of the biggest expenses most households face is the cost of their rent or mortgage payments. Whilst salaries are higher in Ireland, residents of Dublin pay one of the highest rental rates in Europe. The average renter will pay an incredible 2,000 euros to rent a property in Dublin. To put this into context, these average prices are 79% higher than the average rental prices in Madrid. Of course, rental prices in Madrid (like any major city) are higher the closer to the city centre, and the most desirable touristy areas, you live, but if you are happy to live in the suburbs then you will find modern buildings at incredibly affordable prices. Some example prices include: a studio flat for between €800 to €1,000 a month and prices for a one- or two-bedroom apartment start from €1,200 per month. If you’re happy to share a flat and live with housemates then you can save considerably on these figures, with averages being around €400 to €600 a month.

Whilst Spain is not famed for its excellent career prospects, native English speakers are likely to find that there are plenty of job opportunities available to them thanks to their language skills: particularly if you are able to speak Spanish. The education sector, particularly private language academies, are often looking for native English speakers. Expect a salary of between €1,200 to €1,400 a month net for about a 30-hour working week. You could also boost your income considerably by offering private language classes.

Comparing the Cost of Living

Spain is experiencing a cost-of-living crisis, in the same way as Ireland and every other country in wider Europe. But the cost of living can still be much more affordable in Spain than in Ireland, for a variety of different reasons. Firstly, because Madrid and much of southern Spain experience year-round sunshine and a Mediterranean climate, you will not need to use nearly as much energy, for example. Some Spaniards will never heat their homes, which is a sharp contrast to the extensive use of heating (and its expense) in Ireland and other Northern European countries. Food prices are also increasing in Spain, but the prices of many food products are still lower in Spain than in Ireland, thanks in part to subsidies being issued by the Spanish government. Many things in Spain are more expensive than in Ireland: clothing is a key example of this. But as a general rule, you will find that the cost of living is much more affordable in Spain.

If you are working for an Irish company that has a Spanish office you could also ask to transfer: both Ireland and Spain have rapidly growing tech sectors where this would be possible. And you might also consider remote working from Spain: in 2023 the Spanish government are introducing new digital nomad and start up visas to make remote working as a foreign resident in Spain much easier.