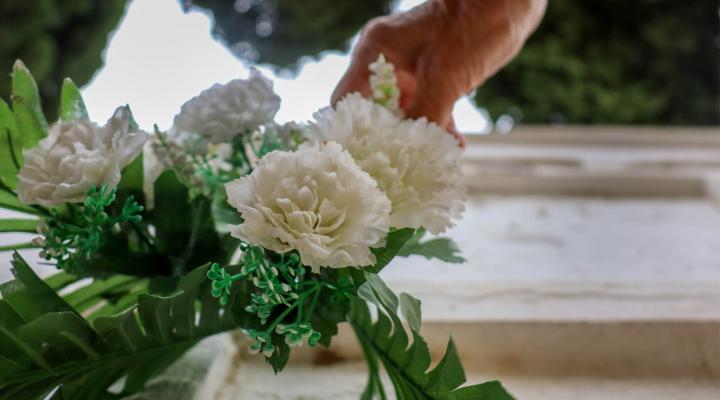 No one wants to think about organising their own funeral, or that of a loved one. But when you’re dealing with the emotional anguish of losing someone close to you, worrying about how you’re going to pay for their funeral is the last thing you need. That’s why it's important to understand how much a funeral might cost, particularly if you’re living overseas in a country that you might not be particularly familiar with. With that in mind, here is a full breakdown of the funeral costs you can expect to pay in Spain. We’ve also looked at how funeral costs in Spain compare to other countries: depending on where your home country is, you’re likely to be pleasantly surprised!

How Much is a Funeral in Spain?

If you’re living in Spain and planning ahead then the most important thing you’re going to want to know is how much, exactly, you should expect to pay for your funeral. The high level answer to this question, according to figures from Spain’s Organisation of Consumers and Users (OCU), is that the average price of a funeral involving a traditional burial costs €3,739. If you prefer a funeral service with cremation then this will be slightly cheaper with the average price being €3,617. It's important to remember that these are average prices, and the actual cost can be higher or lower depending on where in the country you are based and the kind of ceremony you would like.

What Other Expenses Are Involved?

If you’ve ever organised a funeral before then you’ll know that the cost of the funeral service and cremation may be a significant part of the expenses involved, but they are far from the only thing you will have to pay for if you’re organising a funeral for a loved one. Some additional expenses are unavoidable, such as the cost of the coffin, whilst others are optional, such as choosing flowers. The prices for both of these elements can vary wildly, with coffin prices ranging from between 600 euros and 1300 euros in Spain. Other extra costs you can expect to incur include the funeral car, the preparation of the body, the cost of the tombstone, the services of the funeral home, and the cost of securing a death certificate. These additional expenses can become incredibly costly, with some people choosing to spend several thousands of euros on having a particularly ornate funeral. For this reason, it is hard to calculate how much you might spend on your funeral.

Are Funerals Cheaper in Some Regions Than Others?

Like so many costs and expenses in Spain, there are significant regional differences in what your funeral might cost depending on where you live. Vigo, in the northern region of Galicia, for example, is the most expensive in the whole country, with costs topping €5,00) whilst if you like in Zaragoza, Cádiz, Albacete, Logroño and Tenerife, then it is possible to plan and host a funeral for under €3,000. Here are some examples of the costs of both burials and cremations (depending on your preference) for different regions in Spain:

How Do the Costs of Funerals in Spain Compare to Other Countries?

Whether or not you feel that the funeral prices outlined above are expensive or reasonable will depend on your original home country. If you’re from Japan then you’re likely to be pleasantly surprised, because funerals in the country are the most expensive in the world, with the average funeral costing an eye watering €25,908. The most expensive funerals in Europe are in Germany where the average cost of a burial is €7,250. Funerals in France will set you back €4,110 which is also higher than the Spanish average, and funerals in both the UK and the United States are more costly than in Spain, coming in at €6,799 and €4,715 respectively.

By contrast, if you’re from Italy, Denmark or Croatia then you’re likely to find Spanish funerals very expensive. These countries offer the cheapest funerals in Europe and you can expect to pay an average of €1,948 in Italy, €1,168 in Croatia and €1,131 in Denmark.