Coronavirus Update: The End of Outdoor Mask Wearing in Spain From 10th February 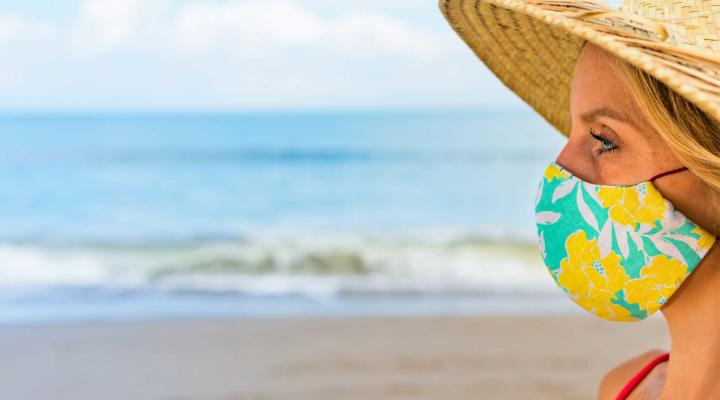 In what has been deemed a welcome government U-turn by many in Spain, people in the country will no longer be required to wear face masks when in outside spaces from Thursday 10th February. The decision was announced by the Spanish Minister of Health, Carolina Daris, and the Spanish Council of Ministers met on Tuesday 8th February to approve the Royal Decree. Once this Council of Ministers approval was received, the new rules were published in the Official State Gazette (BOE) on Wednesday 9th February, meeting that they will officially be recognised as law on Thursday 10th February.

Whilst being interviewed by the Spanish radio station Cadena Sur, Ms. Daria confirmed this update by stating that “I can confirm that on Tuesday, February 8th, we’ll take the Royal Decree to the Spanish Cabinet through which we will cancel the outdoor face mask rule. Prior to that on Monday, we’ll hold an interterritorial meeting between the regional governments to debate the legislation.”

Here’s everything you need to know about the new rules surrounding face mask wearing in Spain, and how these rules will impact you:

This update will come as a huge surprise to many, given that just two days before this new announcement was made, Ms. Daria announced that the measures for wearing facemasks outdoors would be temporarily extended. When the news of this extension was released, it was considered incredibly controversial by many members of the opposition, with many announcing that it was a joke, or considering it to be a form of blackmail. The reason the word blackmail was thrown around so liberally? Because, in order to ensure that the regulation could remain, the bill was to be included in a package of other votes, one of which was a vote on increasing pensions due to rising inflation levels in Spain. This means that a vote against face masks could have also been considered a vote against pensioners in need. The end result of this vote? The bill secured 162 votes in favour, 153 votes against and 28 individuals chose to abstain from voting altogether.

Not Grounded in Science

The wearing of face masks outside has been incredibly unpopular across Spain since it was reintroduced in December, in a bid to stem the spread of the new and more contagious Omicron Covid variant. However, both the public and many health experts have been vocal in their opposition to the implementation of outdoor masking wearing, citing that there is very little scientific evidence in place to show that mask wearing in outdoor and open spaces does anything to stem the spread of the virus.

Regionally, there has been a difference of opinion across Spain, with the regions of Madrid, Catalonia, Castilla y Leon and Galicia keen to end the regulations whilst Valencia, Cantabria, Andalucia and the Basque Country were keen for the restrictions to remain in place whilst they focused on reducing their case numbers.

There are only two other countries in Europe that require their citizens to wear mask outdoors: these are Italy and Scotland. This is good news for both residents and tourists alike, as it means you can now enjoy outdoor walks, sit on outside terraces, and spend time on the beach without having to wear a face mask whilst you do so.

The Current Coronavirus Situation in Spain

The number of individuals contracting coronavirus has fallen considerably over the past 14 days, with the most recent figures (which were published Thursday 3rd February) showing that there were 2.420 cases per 100,000 members of the population. This is a drop from the previous fortnightly figure, which stood at 3,286 per 100,000 citizens. The number of people in hospital due to Coronavirus in the country has also dropped considerably, with 17.012 individuals currently receiving covid-related hospital care. Of that figure, 1,947 individuals are in intensive care.

Spain’s vaccination campaign has been one of the most successful among European nations with 90.8% of all adults having received their full vaccination quota. As a result, we can only expect to see the case figures continue to fall, and the Coronavirus situation continue to improve in the country.

Are you ready to make owning your own home in Spain a part of your post-Covid plans? If you’re ready to turn your dream of Spanish home ownership into a reality then why not get in touch with our local property experts, who are perfectly placed to help you find the Spanish home of your dreams.