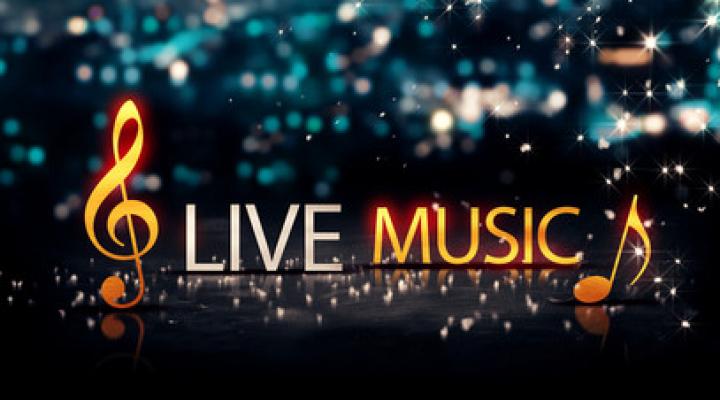 The Costa Del Sol is one of the most celebrated tourist destinations in the world.

Looking at the scenic beaches, historic architecture, and vibrant nightlife, it's no wonder why. The Costa Del Sol has been a cultural hub ever since the days of the Roman Empire. With a vibrant art and music scene, that remains as true today as ever.

Home to many brilliant music venues, there are plenty of year-round options for live music in Malaga. But the area also hosts a number of music festivals that are truly can't-miss.

If you're on The Costa Del Sol this summer, make sure to put some of these events on your list.

June kicks off the summer with Mad Urban Fest on 1 June. This is the first ever urban festival in Andalucia. It will run from 7pm to 2am, featuring a number of national and international artists.

Spain has no shortage of cultural festivals, but few of them rock as hard as this one. If you're a heavy metal fan, be sure to plan your trip around Rock the Coast.

This festival takes place on 14-15 June at the seaside Mare Nostrum Castle Park. There are two outside main stages, as well as a third stage inside of the nearby Sohail Castle.

This year, the festival is headlined by the legendary Scorpions on Friday night and heavy metal icons Ritchie Blackmore's Rainbow.

Other acts include glam revival heroes The Darkness, Swedish progressive metal band Opeth, and anthem rockers Europe. UFO will also be playing as part of their 50th-anniversary tour.

Festival Terral is not exactly a music festival, but that doesn't mean you shouldn't put it on your calendar. Terral is a series of shows running from 22 June to 7 August at the Teatro Cervantes.

For more information on the lineup, visit their website.

Most music festivals take place inside of theatres, or on outside stages. But the Festival Internacional de Música y Danza Cueva de Nerja takes place around the magnificent Nerja Caves just outside of Malaga.

Some of the performances even take place inside the caves. However, these performances are limited in the interest of conserving the landmark.

The festival runs from 29 June to 3 August and will feature many different musicians and dancers.

This series will also feature God Save the Queen, regarded by many to be the best Queen cover band in the world.

Located a short drive from Malaga, you wouldn't expect the small, idyllic village of Ojen to have much going on.

But for the last eleven years, this coastal hamlet has hosted the Ojeando Festival, a celebration of underground musicians from Malaga Andalusia.

What makes this festival unique is that you probably haven't heard any of the performers on the radio.

Instead, all acts submit themselves for consideration. Visitors of the festival also vote to bring back their favourite performers from previous years.

While the names might not be much of a draw, the Ojeando Festival has proven itself to be worth the ticket in the past. Mark your calendars for 28 and 29 June, and see for yourself!

From 3 to 6 July, Torre Del Mar Beach becomes one of the hottest musical destinations in the world when it hosts the Weekend Beach Festival.

This festival highlights all the most exciting music around, featuring indie rock, pop, electronica, and hip hop. In the past, the festival has hosted The Prodigy, The Offspring, and Bunbury.

This year, the lineup includes Ska-P, Ozuna, Laurent Garnier, and the Black Eyed Peas. The festival also features The Original Wailers, a reggae group made up of members of Bob Marley's backing band.

Tickets for the whole event start at 62,00 €. If you can't stay for the entire festival, you can buy tickets for a single day for less.

Few events are as momentous as the Starlite Festival. Located at the Cantera de Nagüeles in Marbella, this month-long musical event takes place in an alcove surrounded by 60-metre-high cliffs.

Its geography makes the festival a little difficult to get to. No cars must park over a mile from the venue. However, there are small shuttles so you don't have to walk the entire way.

But, it's well worth it. The outdoor setting creates a magical experience beneath the night-time sky.

This year, the Starlite Festival will host a performance every night from 11 July to 24 August. Artists include Rafael, God Save the Queen, Roger Hodgson of Supertramp, the legendary Sting (playing 23 July), and the Beach Boys (playing 11 July).

Tickets are limited as the area can only fit 2 200 people, so make sure to orders yours well ahead of time!

Los Álamos Beach Festival has had great success in its first four years. In 2018, it hosted a stunning 70,000 attendees. And for its fifth anniversary, it shows no signs of stopping.

Located in Estepona, this festival showcases electronic artists from both the mainstream and underground. This year, the festival will host over thirty acts between 31 July and 4 August.

If you want to truly experience this festival, make sure to set up a camping spot. The city of Estepona has an official camping site that is located close to the stages. And, it's cheaper than a hotel room.

If you're a child of the 90s, you will want to arrange your trip around the Back to the 90s supershow at Mare Nostrum Castle Park.

This show takes place 27 July and includes music from 90s icons like Dr. Alban, Double You, and Ace of Base!

So dig out your Doc Martins and your scrunchies and party like it's 1999.

If you're on The Costa Del Sol later in the summer, be sure to mark your calendar for 17 September when The Chanquete World Music Festival transforms the tranquil seaside town of Nerja into an enormous festival.

In its fourth year, this oceanside festival hosts a great variety of world and ethnic music from around the world. this year's lineup includes Macaco, Tote King & Shotta, Chambao, and many more.

This one-day festival runs long into the night, beginning at 5pm and running until 6am, so make sure you take a siesta beforehand!

Chanquete also runs a number of free shuttle buses, so you don't have to worry about traffic.

Even beyond these excellent festivals, there are many other performances in 2019 that you should put on your calendar.

Few artists can manage to match the draw of an entire festival, but Bob Dylan isn't most artists. He has accomplished more in his storied career than most musicians ever dream of.

And he shows no signs of slowing down. For the last thirty years, he has played nearly 3,000 shows. In fact, his robust performance schedule is often called The Neverending Tour.

On 4 May, before Rock the Coast takes over Mare Nostrum Castle Park, the Neverending Tour is returning to Malaga for the first time in twenty years.

Tickets are on sale exclusively at RiffMusic.es. But act fast: they won't last long.

Few artists have such a signature voice and entertainment style as Rod Stewart. He has managed to transcend all genres of popular music, from rock, folk, soul, R&B, and more recently, American standards.

On July 3rd, Rod will play Sohail Castle, Fuengirola, in what promises to be the concert of the summer on the coast. Enjoy one of the biggest selling artists of all time, perform his huge back catalogue in his inevitable style!!! Tickets can be purchased from ticketmaster.

In 1988, Michael Jackson played in Marbella for the first and last time. Over 28,000 fans packed into the bull ring to see the undisputed King of Pop on his hugely successful "Bad World Tour"

On the 8th of August, his siblings return to Marbella to honour his memory. Randy, Jermaine, Tito, and Jackie will be playing Club de Tenis Puento Romano at 10pm.

Looking For More To Do On The Costa Del Sol?

As many great opportunities as there are to see live music in Malaga, you might just need a break sometimes—and so will your ears!

For more information about what Costa Del Sol has to offer, visit our Living In Spain section.

And if you decide that you'd like to spend a lot more in Spain than the periodic vacation, contact us today. We'd love to make those aspirations come true.