Claiming Back VAT On Goods Bought In The EU 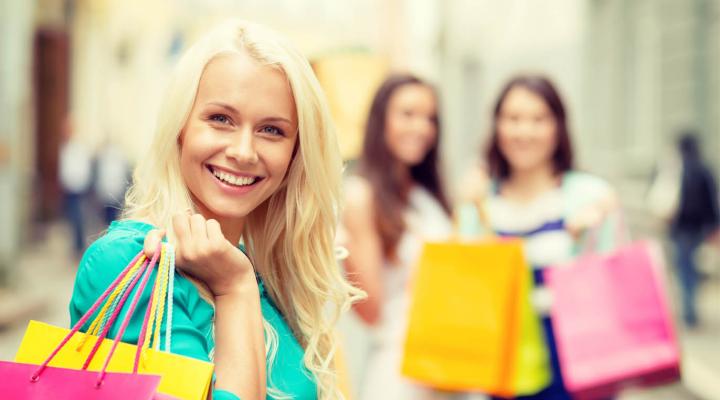 We have written extensively about the many drawbacks Brexit has brought, particularly for Britons who want to live in Spain. But one Brexit perk that Britons, particularly British tourists, aren’t complaining about is the tax-free holiday shopping.

This is a win-win, because it means that Britons can take advantage of more affordable shopping opportunities, whilst the Spanish economy can enjoy the untapped potential of this increased tourist spending.

More Britons visit Spain each year than any other country, and in August 2021 alone, 715,000 British tourists arrived in the country. That means that one in seven of the 5.2 million tourists that visit Spain each year is British. These numbers might be smaller than they were pre-Covid (as an example, 2.1 million Brits visited Spain in August 2019) but these numbers are only set to rise as the expensive and time-consuming testing requirements introduced due to the pandemic are removed.

Since Brexit, however, Britons won’t just be coming to Spain for sun, sea, and sangria: they’ll be coming for shopping as well! The UK’s decision to leave the EU means that Britons are now treated as third party nationals in Spain (and the rest of the EU) and as third-party nationals they can now claim back their VAT from any goods they purchase during their trips. This can be worth up to 21% of the cost of the items you purchase.

What Can I Claim Back My VAT On?

When you’re hitting the shops in Spain, bear in mind that you can claim back your VAT on the following purchases: fashion items, make up; perfume and other cosmetics, jewellery, technology items, and some food and drink items that you are bringing back to the UK with you. You will not be able to claim back your VAT for items that you will be using during your time in Spain: this includes items such as restaurant and bar bills, car hire, tickets to the theatre, concerts, or events, and any flight or train tickets. As a rule of thumb, if you can bring it back to the UK with you, then you should be able to claim back the VAT on these items.

Good News for the Retail and Tourism Industries

This isn’t just good news for high spending tourists visiting Spain and looking to hit the shops; it’s also good news for the retail and tourist industries, who are both hoping the reap the benefits of increased consumer interest as a result of this change. A precedent has been set in both France and Italy, where deducting VAT in a similar way has long attracted big spenders looking to invest significantly in luxury goods.

Figures are already showing that Spain has reason to be confident the impact will be the same for them. During the period since Britain left the EU (January to September 2021) those Britons who deducted the VAT from their spend were deducting an average of  €1,337 (£1,139) from their purchases. This figure is higher than any other non-EU nationality were deducting from their purchases, and was also much higher than the average deduction made in 2019, when the figure sat at €357.

Based on the VAT deduction figures gathered this year, Britons are currently the biggest third-party national spenders in Spain. The second biggest spenders at this point are visitors from China: Chinese tourists have deducted an average of €837 in VAT from their purchased goods.

How to Take Advantage of VAT Deductions

Whilst the figures above indicate that many Brits are taking advantage of the VAT deductions that are available to them, many more are still not aware that this perk is available. General Director of VAT Refund Organisation Global Blue has stated that “According to the retail stores in Spain, only 10 percent of British tourists who have bought in Spain have taken advantage of the VAT refund...It’s a very low percentage, since for the rest of non-EU nationalities the rate of awareness is always above 50 percent”.

That means that the market, were more Britons aware of the perks available to them, could be worth hundreds of billions. Lorca emphasised this by stating  “There’s a correlation between VAT deductions and the positive impact this has on a country’s GDP...Six out of ten UK tourists are willing to spend 50 percent of their holiday budget on shopping...In general terms, for each additional euro of VAT refund, demand increases by 1.45 euros and GDP increases by 35 cents.”

It’s time for the Spanish retail sector to act quickly, and to raise awareness amongst Britons about claiming back their VAT, to give the industry a boost and encourage Brits to keep spending their holiday budget on shopping in the country.

Are you thinking of buying a property in Spain? Whether you’re looking to make a permanent move or simply invest in a home for your regular holidays in the region, our local property experts are perfectly placed to help. Why not get in touch with Right Casa about what we can do for you.