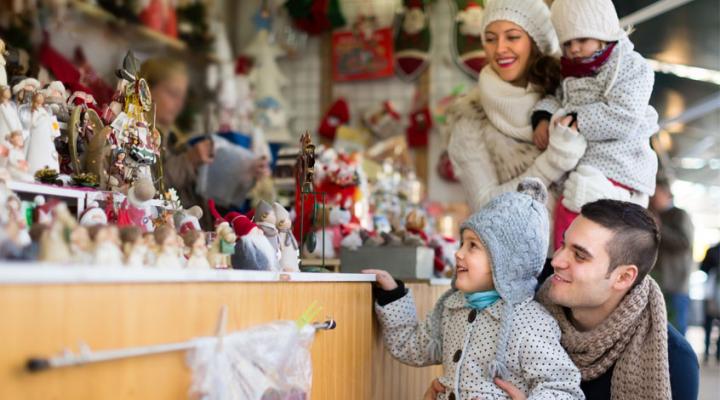 If you’re lucky enough to be spending Christmas in Spain then there are a whole host of unique traditions and customs for you to enjoy and take part in. Christmas is one of the most special and magical times of the year in Spain: 68 percent of Spanish residents practice the Catholic faith, and Christmas is one of the biggest events in the annual church calendar. The mechanics of Christmas in Spain are similar to in other European countries (although unlike in the UK, there is no Santa Claus in Spain) but many of the traditions that you will experience are very specifically Spanish.

Here is a list of some of the most uniquely Spanish events and traditions that you could be lucky enough to enjoy and take part in during your Christmas in Spain:

No matter where you are in Spain, it’s likely that you will see the Portal de Belén: this is a nativity scene that depicts Bethlehem and the birth of Jesus with both small and large scale figurines. In the home and in many shops, the Portal de Belén is likely to be table-topped size, whilst in town centres and squares it is likely that you will see Portal de Belén that use life-size figurines and include all of the personalities that were present during the arrival of Jesus, including the Shepherds, the three wise men, and even the animals.

The Cabalgata de Reyes Magos, also known as the Three Kings Parade, is another huge event that takes place all over Spain during the Christmas period, on the evening of the 5th January. Led by the Three Wise Men (Reyes Magos) huge and colourful floats pass through the streets whilst the children watching the parade are given sweets and candy. If you’re in a town or village that is hosting a Cabalgata de Reyes Magos processional on the 5th of January then you would be mad to miss it!

‘El Gordo’ translates to mean ‘fat one’, and that is the perfect description of this huge lottery that takes place on 22nd December in Spain every year. El Gordo is no normal lottery: it’s a national institution! And you’ll find it hard to find any one in Spain that doesn’t play it, often buying tickets and sharing numbers with their friends and family. The lottery draw is screened on live TV throughout the entire morning of the 22nd, with children singing out the winning numbers and jackpots! Watching and participating in the El Gordo Lottery is a huge, if unusual, Spanish Christmas tradition.

The closest thing to Santa Claus in Spain only exists in the Basque country, where he goes by the name of Olentzero. But he doesn’t wear a red suit or have flying reindeer: instead, he is a giant who wears peasants clothing and smokes a pipe. Just like Santa Claus though, Olentzero does delivery presents to all of the small children in the region.

Because Spain remains very much a Catholic country, the religious aspects of celebrating Christmas take centre stage in the country. And this means attending Midnight Mass, or La Misa del Gallo, on Christmas Eve. Many Spanish families will have their main family Christmas meal on Christmas eve, and then head to Mass as a family afterwards. This gives Spanish families a chance to reaffirm their faith and give thanks for the birth of Jesus Christ on Christmas Day.

If you love Spanish food and bold Spanish flavours then you’re in for a real treat at Christmas! The main festive feast generally takes place on Christmas Eve, and rather than eat a turkey, Spanish families will tuck into a Serrano ham. Fish and seafood also play a huge part in the traditional Spanish christmas dinner, whilst dessert options include almond sweet turrón and the tasty Roscón de Reyes (a circular cake filled with cream and topped with candied fruits). Traditionally a small toy and a bean are baked inside the cake and if you get a slice containing the toy, you get to wear a crown and be treated like a king. However, if you should get the bean, you will have to pay for the roscón next year: so chew carefully when you’re tucking into your dessert, because you never know what you might find!

Are you thinking of taking the plunge and moving to Spain? Not only is it a great place to be at Christmas, it’s a wonderful place to live all year round! If you’re ready to make your dream of Spanish home ownership a reality then why not get in touch? Our locally based property experts are perfectly placed to help you find the home of your dreams, we have literally thousands of properties for sale in places like Mijas, Calahonda, Fuengirola, Benalmadena and more, all along the Costa Del Sol.