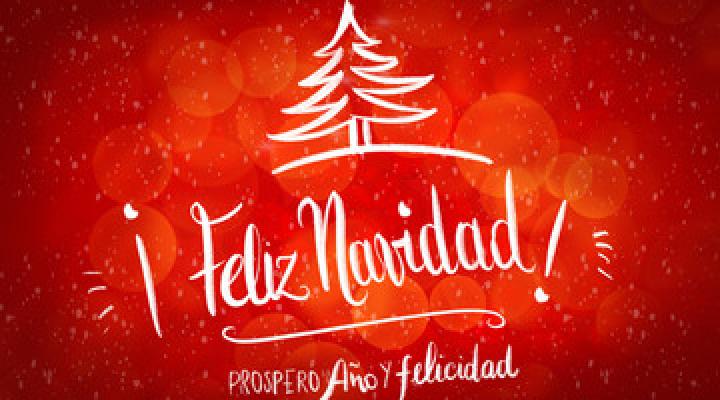 If you simply can't get enough of Christmas, and you're looking to extend your holiday celebrations beyond just December 24th and 25th, Spain is the place to be!

Christmas in Spain begins with large celebrations early in the month and extends all the way through January 6th.

Here are 5 great ways to join the Spaniards and celebrate Christmas and New Year's in Spain this year.

Christmas in Spain and New Year's Eve celebrations are exciting and varied throughout each region. You can do everything from enjoying winter sports to getting some coastal sun.

Many smaller towns shut down during Christmas Day to enjoy the holiday with family. The larger cities like Madrid, Barcelona, or Valencia, still have some major celebrations.

Start your Christmas season off by celebrating "Inmaculada," with the Spanish on December 8th.

This celebrates the Immaculate Conception of the Virgin Mary and is most popular in Seville. In the morning, children do a traditional dance in the square called Danza de los Seises, a dance that began back in the 16th century.

Tunas, or musical groups from the university in Seville sing songs in traditional costume in Plaza del Triunfo around the statue of the Virgin Immaculada.

Plan a weekend getaway in Seville and don't miss it.

Granada is located at the base of the Sierra Nevada mountains, and the location of Europe's most southern ski resort. Enjoy the snow and get some winter exercise skiing or snowboarding.

Another fun event that is big in Granada takes place on December 13th with a celebration of El Dia de Santa Lucia.

Traditionally, the blind would gather in the streets to sing Christmas carols, though this is not so common today. As El Dia de Santa Lucia, also big in Scandinavia, areas like Las Palmas have festivities for several days to celebrate.

Christmas in Spain means it's time for the BIGGEST lottery in the world. The great, "El Gordo," began here in 1812.

Many Spaniards purchase tickets in groups as the price is so high. All of Spain pays attention December 22nd to see how "El Gordo," or "the fat one," will turn out.

Entire towns have had their fortunes altered by winning. Have some fun taking your chances with this very Spanish Christmas lottery.

This localized celebration is a fun one in Bilbao on December 23rd. The tradition goes that the old farmer, Olentzero, leaves from the main thoroughfare in the city and walks towards baroque Teatro Arriaga.

He hands out gifts as he goes. This local tradition hearkens to the local farmers who bring their fresh local produce to market.

Some popular items include Basque tortillas, or "talo," and the region's famous wine.

5. See the Lights in Madrid

Come December, Madrid is absolutely covered in creative and festive lights. Extravagant lights cover the plazas and streets. You can even hop on Madrid's Navibus for a tour of the amazing light displays.

More to Do in Spain

Now that you're prepped with the perfect plans to enjoy a magical Christmas in Spain, check out our guide to planning other amazing Spanish vacations.

Here are 7 unforgettable Spanish vacation spots you will want to be sure to add to your itinerary this year.