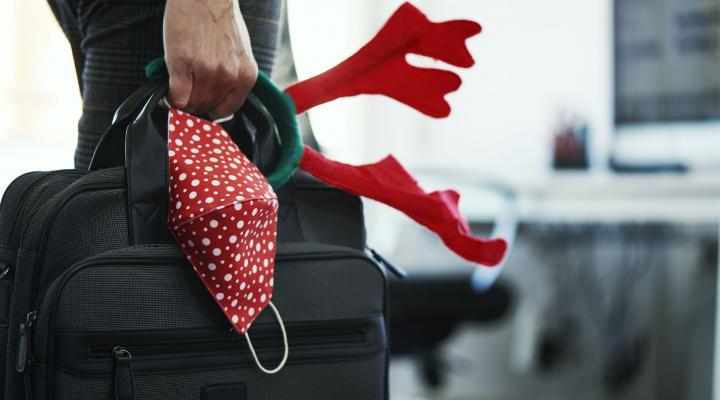 The season of peace and goodwill to all men is upon us: Christmas is fast approaching! For many, Christmas is a time for parties, socialising with friends and co-workers, and noisy gatherings of extended family around the Christmas table. COVID-19 however, has changed a lot this year, including what Christmas looks like. With that in mind, here is a breakdown of what Christmas in Spain will look like for 2020 and the Christmas coronavirus restrictions in Spain:

Following weeks of lower virus incidences, the Junta president Juanma Moreno has announced that restrictions will be changed to both for the festive period and the weeks leading up to it. The measures will differ from December 12-17, and then again from December 18th -January 10th.

From December 18th to January 10th:

The Junta has also published a list of exceptions to allow entry to – or exit from – Andalucía over the Christmas dates providing they are justified:

Social gatherings are currently limited to six people in Spain, but the Spanish Health Ministry has now approved proposals to increase this limit to ten people for parts of the Christmas period: this officially lasts from Christmas Eve until January 6th (Three Kings Day), but the dates that this extension applies to are Christmas Eve, Christmas Day, New Years Eve and New Year’s Day.

Although the number of people that can meet has been increased for Christmas, the other rules surrounding social gatherings remain in place. They are;

The 10-person limit includes children, and the official recommendation is for people from the same household to celebrate together without outside guests wherever possible. Effectively, the Spanish government are suggesting that just because you could gather with friends and family doesn’t mean you should.

In a statement, Spanish Health Minister Salvador Illa said that “It is desirable that people restrict their mobility and social contacts as much as possible...To sum it up, this Christmas we stay at home.”

Emphasising this ‘stay home’ message, each autonomous community in Spain will be required to close their borders to limit movement between December 23rd and January 6th. However these border closures are not as strict as they first seem, as “travelling to visit family and close friends” has been added as a valid reason to cross perimetral confinements, meaning effectively that during this Christmas period, people will be able to travel fairly freely.

Health Minister Salvador Illa has not yet explained how this new family visitation measure would be policed, or what proof could be shown that a trip was for family reasons rather than tourism purposes (with travel for tourism still banned across the country).

In order to deter large crowds from gathering and spreading the virus, during the Christmas period no major sporting events can be held and virtual participation versions are recommended instead: this means that the traditional race of San Silvestre, a run which takes place on New Year’s Eve in cities across Spain, cannot take place this year.

Another incredibly popular national event that will be cancelled for 2020 is the traditional cabalgatas – the Three Kings parades that take place across Spain on the evening of Jan 5th. Instead, static versions of these parades will be filmed and then broadcast across national television, to ensure that they remain COVID compliant, and keep the thousands of families that often attend safe. Effectively, any festive event that might usually draw a crowd should be held virtually instead, and people should stay home, rather than being tempted to head out in a throng to celebrate.

On a more positive note, whilst these large-scale events are cancelled, other traditional activities held around Christmas in Spain such as Nativity Scenes and Christmas concerts will be allowed to go ahead. There will, however, be restrictions in place, such as that social distance should be guaranteed occupation levels should be limited to 50 percent of the usual capacity.

If you have elderly relatives in residential homes or care homes then they will be able to visit you and spend Christmas with family. However, residents can only visit a single address, and once they have formed a bubble with this address, they cannot mix with others outside of this bubble. They will also be subject to a PRC and be handled with extreme care and surveillance when they return to their care home.

Changes to the National Curfew

The national curfew will remain in place throughout the period with times set by regional authorities. However there is an exception to this rule, and changes will be made on both Christmas Eve and New Year’s Eve. On both of these evenings, the curfew will be extended to 1.30am, enabling families extra time to get home at a time when the roads and public transport are likely to be at their busiest.

Not a fan of home cooking? If you prefer to eat out then the good news is that restaurants will still be able to open, but only within the same limits that are in place right now. This means a maximum of six people per table and with limited capacity too.

Are you thinking of moving to Spain? Whether you’re looking for a holiday home or a whole new life in 2021, why not get in touch with us today. Our team of local property experts are perfectly placed to help you turn your dream of Spanish home ownership into a reality.