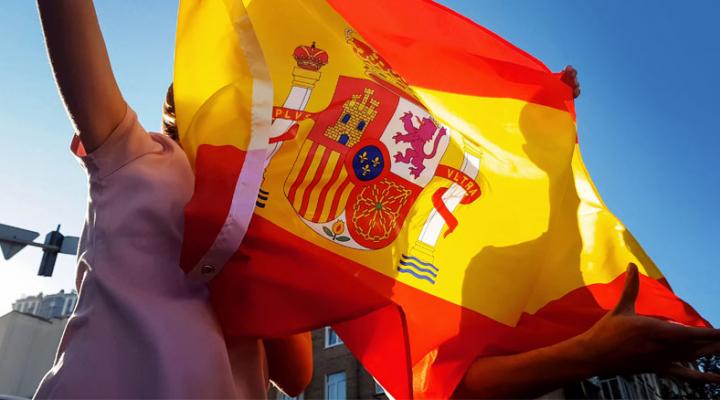 12th October is National Day in Spain. Known as “Día de la Hispanidad" it is a public holiday across the nation, and one on which many families come together to celebrate what it means to be Spanish. However, many Spanish citizens feel that National Day is outdated and that it should be banned. As the nation gathers for another National Day, here’s everything you need to know about this controversial Spanish holiday:

What Happens on National Day in Spain?

The main event of National Day is a military parade along the Paseo de la Castellana in Madrid. 12th October is also Armed Forces Day in Spain, so the military plays a significant role in this celebration. You will find every arm of Spanish forces taking place in this huge parade. This includes the army, air force, navy, civil guard, and even the Spanish Legionnaires, alongside their famous goat mascot. It is parade quite unlike any other.

The parade is incredibly well attended, with King Felipe VI (who is the official head of the Spanish armed forces) and his family watching the event, alongside the Spanish Prime Minister and a host of other significant Spanish politicians and foreign dignitaries. The event is televised on Spanish national TV, so if you can’t be in Madrid then you will still be able to watch every moment of this exciting parade. If you can’t watch all of it then be sure to switch on for the undisputed highlight of the parade: A fly-by from the Spanish Air Force acrobatics team, the Patrulla Águila, who release a stream of crimson and gold smoke to replicate Spain’s national flag across the sky.

Where Else Are National Day Celebrations Held?

Other places in which National Day celebrations are held across Spain include another military procession that takes place in Malaga, and a big celebration is held in Huelva. Whilst enjoying these parades is a big part of National Day for many families, particularly military families, for many families it is just seen as a free day off and an opportunity to spend time with family and friends, relax at home, or escape for a long weekend in the countryside.

Why Does Spain Celebrate National Day?

National Day focuses on celebrating patriotism for Spain, but it was originally established to commemorate the day that Spanish explorer Christopher Columbus ‘discovered America’. On 12th October 1492, Columbus led a Spanish expedition to what was thought to be America but is known know to be San Salvador, in the Bahamas. This was the first step towards the creation of what would become the Spanish empire. As well as celebrating the career highlights of Christopher Columbus, Hispanic Day also commemorates the unification of the realms of Castilla and Aragón, which when combined to become the Spain we know today.

El Día de la Hispanidad was first celebrated in Madrid in 1935 and became an official public holiday in 1981. Because much of what El Dia de La Hispanidad celebrated was connected to Spanish colonialism, in 1987 the name of the day was changed to La Fiesta Nacional (Spain’s National Day), however the spirit of the event remained largely unchanged, and it is this that attracts so much controversy to Spain’s National Day.

Why is Spain’s National Day So Controversial?

There is a lot of controversy surrounding the celebration of National Day in Spain. Given their desire for independence, it should come as no surprise that much of this criticism comes from Catalonia. The day is one that is very divisive in Catalonia, with those citizen keen to remain part of Spain celebrating the days, and those keen to separate from Spain rallying against it. Some Catalan companies don’t celebrate Spain’s National Day at all. Instead, they give their employers 1st October off work (this is La Diada, the National Day of Catalonia). For the same reason, some political parties in both the Basque Country refuse to acknowledge Spanish National Day. And in Navarra, the regional government replaced the Día de Hispanidad with the Day of Indigenous Peoples.

Because celebrations for Spain’s National Day are led by the King of the country, some politically Republican parties will not celebrate the event and these same parties, as well as other residents of Spain, believe it is inappropriate to celebrate Columbus Day given that genocide followed his discovery of “the new world”.

During the Francoist era, the celebration was used by the dictator as a way to demonstrate his military might and power. This is another reason why so many are opposed to the popularism of Spain’s National Day.

Given that the origin of Spain’s National Day celebrate the colonisation of many Latin American countries, it is a valid question to ask why Latin American Countries feel about National Day? The fact is that it is a common theme in countries where indigenous people were subdued, enslaved or killed by Spanish conquistadores to question whether this Hispanic heritage is worth celebrating. For this reason, why the day is still celebrated, in many countries it has been renamed and used as a day to remember their own countries origins. In Argentina, for example, National day has been renamed to ‘Day of Respect for Cultural Diversity’, Rafael Correa decreed that in Ecuador it would be renamed ‘Day of Interculturality and Plurinationality’. The governments of Daniel Ortega of Nicaragua and Hugo Chávez in Venezuela called it ‘Day of Indigenous Resistance’, Morales in Bolivia renamed it ‘Day of Decolonisation’ and in Peru they celebrate the ‘Day of Indigenous Peoples and Intercultural Dialogue’.

By contrast, in the United States the 12th October is still referred to as Columbus Day.