Britons Can Now Enter Spain Without Needing to Quarantine 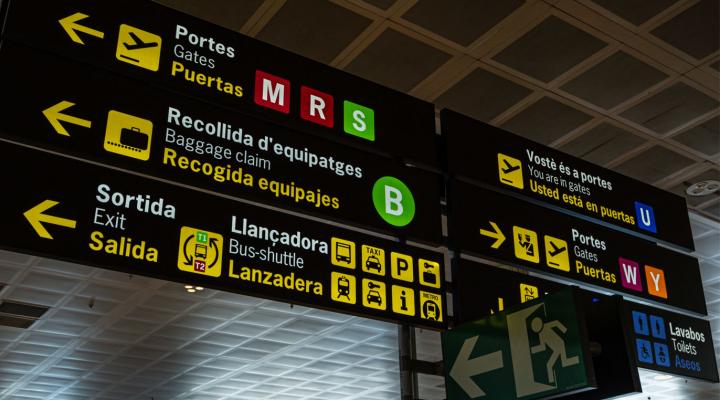 There is good news for British tourists entering Spain, as well as Britons who own second homes in Spain: Britons are now free to enter Spain without needing to quarantine in the country. This news was announced on Friday 21st May and took effect from midnight on Monday 24th May, and the Spanish tourism industry is ready and excited to welcome back British holidaymakers. Spain is Britain’s most popular holiday destination, with almost 15 million Britons visiting the country every year.

Here’s everything you need to know about how these new rules will affect your travel plans:

Spain is following Portugals lead, as the country allowed UK tourists to visit without needing to self-isolate on 17th May, when foreign travel was no longer prohibited by law in the UK. Portugal was placed on the UK’s ‘Green list’ under their new travel traffic light system, which means that Britons are able to travel to the country and return to the UK without needing to quarantine on their arrival in the UK; they simply need to complete a passenger locator form and take a pre-booked PCR test within two days of their arrival. Britons have been flocking to Portugal since the borders were opened, and they are expected to flock back to Spain again too in the same way.

It is important to note, however, that Spain is on the UK’s ‘Amber list’, meaning that when they return to the UK British tourists will be required to complete a passenger locator form, quarantine at home for ten days on their arrival in the UK, and take two PRC covid tests on day 2 and 8 of their quarantine period. It is hoped, however that when the UK reassess their green list (a process that takes place every three weeks) this move will incentivize the British government to place Spain on their green list.

A Clear Move to Encourage Tourism

Spain’s decision has been seen as a clear move to encourage tourists to return to Spain. In an official statement, the country’s Interior Minister said in an official state bulletin that "At present, the European Union is debating a modification of the recommendation on a temporary restriction of non-essential journeys from outside the EU...It’s foreseeable that Japan and the UK will be included in the list of countries exempted...Several EU states have already put those two countries in that privileged position.

"Spain receives each year a number of visitors from the UK which is especially relevant in relative and absolute terms and many economic sectors need to adapt their capacity in anticipation of border changes...In light of all this, and after consulting with other government departments which are affected, order INT/657/2020 dated July 17 is modified to include Japan and the UK on the exempted list...The modification will take effect from midnight on May 24."

This news has been largely welcomed both in the UK and across Spain. Antonio Mayor, The President of the Benidorm, Costa Blanca and Valencia Region Hotel Association Hosbec, welcomed the Spanish government's news, saying "This is great. Everything that means opening borders and trying to normalise mobility is good news. We are delighted with the announcement. The important thing now is that the UK puts us on green light status. We expect many British tourists will now come to Spain but green light status would encourage even more."

Can Britons Travel to Spain?

It is clear that Spain is ready to welcome back Britons, but what is less clear is whether Britons can legally travel to Spain (and any other country on their ‘amber list’). The UK’s Prime Minister, Boris Johnson, stated earlier this week that people should not be visiting amber countries, though it is not prohibited by law.

This viewpoint was also confirmed by Health Secretary Matt Hancock during a Downing Street daily briefing, who stated that "We have been absolutely crystal clear that you should not go to an amber or red list country on holiday, you should only go in exceptional circumstances." Spanish officials have urged all sectors to begin preparation for the changes that will soon take effect at the borders as soon as Britons start to arrive, and we expect to see that starting to happen slowly from this week. The next review of countries to go onto the green list will be announced on the 7th June: we know that many Brits are waiting with baited breath to get fly out to Spain as soon as they make their way onto the green list and are legally able.