Beware: The Venomous Creatures in Spain You Need to Know About 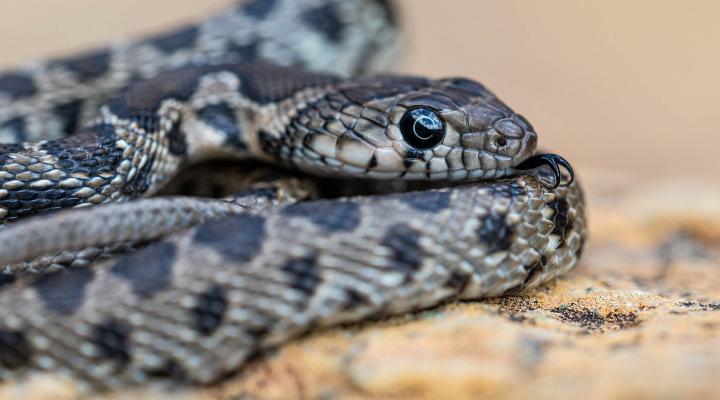 Spain might not be famed for its huge collection of dangerous animals: you’re not going to be eaten by a crocodile whilst river swimming here! But that doesn’t mean that you won’t find a host of venomous creatures in Spain, and some of these can cause harm if they bite or sting you.

To help you avoid falling foul of the wrong kinds of creepy crawlies, here is a comprehensive list of all of the venomous creatures that are native to Spain:

Recluse Spider
Although there are no documented cases of someone being killed by a spider bite in Spain, in 2021 a recluse spider bit a British tourist in Ibiza who subsequently lost two fingers. If you’re trying to spot one of these spiders then you need to know that they are large, brown, and have a distinctive marking on their back that is shaped like a violin. A recluse spider bite will be very painful, and they will often itch too. Once bitten, the bite will develop into an open sore: you should seek medical treatment for this, as if the sore becomes infected it can lead to extended damage. You should be particularly aware of these spiders if you’re spending time in Andalusia, as they are most common here.

Black Widow Spider
Everyone has heard about the deadly black widow spider, but did you know a version of these spiders was native to Spain? Most commonly found in Almería, Aragón, Andalusia and Valencia, you can identify these spiders by their black heads and the distinctive red hourglass shape on their backs. Black widow spiders' venom can be deadly, but luckily the venom of the versions found in Spain is not as toxic as their north American counterpart. Nevertheless, if you are bitten by a black widow spider, they can still cause symptoms such as fever, blindness, vomiting and asphyxiation, and you should seek medical attention.

Caterpillars and Centipedes
You will spot caterpillars and centipedes all over Spain, but only two types of these pose any risk of harm to humans. These are the hairy pine processionary caterpillar and the Megarian banded centipede. The pine processionary caterpillar can cause a rash and even temporary blindness, and so you should avoid touching these if you spot them. The black and yellow megarian banded centipede should also be avoided, because its bite can be very painful.

Jellyfish
If you step off land and into the water then you will find a greater risk to your health in waters that surround Spain. There are a huge number of venomous jellyfish in Spain that you need to be aware of. These are:

Ticks and mosquitoes
Finally, although they are not venomous, ticks and mosquitoes deserve a spot on this list because of the potentially harmful diseases that they can carry. As well as being itchy and painful, tick and mosquito bites can also cause more serious issues. An example of this is the 2020 outbreak of West Nile virus in Andalusia, which was transmitted through the community via mosquito bite.

Are you thinking of moving to Spain? Looking to buy your holiday bolt hole, or to relocate and start an idyllic new life in Spain?  Then why not get in touch with our local property experts, who are perfectly placed to assist you with your property search.