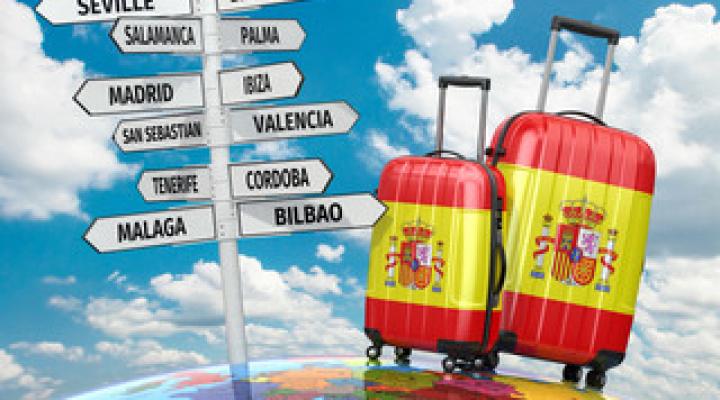 There's a good reason why beautiful Spain is the second most visited country in the world. It has a rich history with incredible island and mountain views. If villages, valleys, and lush landscapes are your thing, Spain offers those too.

Keep reading to discover 7 of the most beautiful places in Spain.

The best time of the year to visit the ancient medieval city of Ainsa is in the summer. It's situated 589 meters above sea level and was the capital of the ancient Sobrarbe kingdom.

While you're in the area, visit the monastery of San Victorian. Built in the sixth century, it's located nearby.

The fishing village of Tossa de Mar is between Barcelona and the French border. Its grand medieval castle, the La Vila Vella, boldly stands looking over the Grande beach on the Girona coast.

Sheltered by fortress walls, the city is quite the view to behold. This is a must-see, one-of-a-kind location.

San Sebastian received the prestigious title of best tourist location in Spain back in 2013. It sits in the Bahia de la Concha amongst deep blue waters and the Urgull and Igueldo mountains, Basque country.

If you decide to visit, don't miss the famous local cuisine; especially the pintxos.

Along the Costa de la Luz in southern Spain lies a little town called Tarifa. Visit for the miles of white sand beaches but don't forget to look for Africa while you're there. From the Tarifa coastline, you can look across the Strait of Gibralter and see Africa.

As one of the many beach towns in Spain, Tarifa is perfect for windsurfing and kitesurfing.

The combination of turquoise water and white beaches make the Cies Islands some of the most beautiful places in Spain. Called the Galician Caribbean by the locals, they lie off the coast of Pontevedra in Galicia - Spain's northwest coast. In the 1960s they were a favourite spot for European hippies.

The islands are a perfect place to enjoy nature and relax.

Sierra de Tramontana is a mountain chain running across the northern side of Mallorca island. It features stepped hillside villages covered in dry-stone houses and a scenic coastline. Fornalutx, a village in Sierra de Tramontana, was voted one of the most beautiful villages in Spain.

If terraced vineyards, orange and olive trees, and cobbled lanes interest you, a trip to Sierra de Tramontana is in order.

San Andres is 140 meters above sea level on the island of Tenerife, part of the Canary Islands. The scenery is exquisite so make sure you bring your best camera along and be on the lookout for falcons and eagles. This is one of Spain's most mystical areas where locals have worshipped the dead for centuries.

San Andres is a secluded and quiet village where the locals speak Gallego, the native Galician language.

Spain has views that appeal to all tastes. From beaches to mountains and everything between, you'll find them in beautiful Spain. Spain's rich historical past is still evident in most places. If you're a history lover you'll appreciate it even more.

Explore Spain, you'll be glad you did! In fact, you might not want to come back.