August 2022 Update: Everything That Changes in Spain 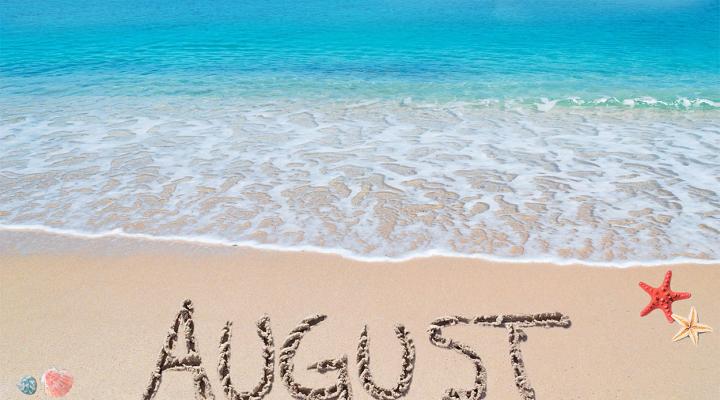 August is a busy month in Spain, with both international and domestic tourism in the country reaching its annual peak.

But set against a backdrop of strike action, unprecedented heatwaves and international unrest, this is an August unlike any other.

Here’s everything that changes in Spain in August 2022:

Airline strikes and cancellations featured heavily in last month’s update, and is set to continue until January 2023, with Ryanair cabin crew continuing their strike action. So far, most of the cancellations and delays have been for flights travelling to or from Barcelona, Madrid, Palma de Mallorca, Alicante, Ibiza, Málaga, and Valencia. The dates currently set for Ryanair strike action are:

It’s not all bad news though: EasyJet have reached a deal with their striking cabin crew, agreeing to increase their wages by just over a fifth, meaning that the strikes by this airline are now over.

Another Heatwave is on its Way

July was one of the hottest months on record, thanks to the unprecedented highs recorded early in the month. The heatwave caused wildfires across the country and over 1,000 deaths. The temperature dropped by the end of the month, but don’t expect things to stay that way for long! 34 of the 50 provinces in Spain are now on an orange or yellow weather warning again, and temperatures are expected to be at least 5 degrees higher than average across the country. Be prepared for exceptionally hot temperatures.

The Spanish Parliament in Closed

Spanish parliament is now taking its summer break, meaning that many of its key members are on holiday. But the house still has many pending laws waiting for approval. One of these is the Housing Law, which has been waiting for approval for more than a year.  Other pending legislations apply to laws on  prostitution, abortion and new taxes for banks and electricity companies. All of these will now be delayed until at least Autumn. The Spanish government has been particularly active this year, passing more than 20 laws since the beginning of the year.

Whilst the Spanish parliament may now be in their down period, Spain should now feel the benefits of one of the last laws they introduced. These are immigration laws that will  make it easier for citizens from outside the European Union to work in Spain in a bit to address labour shortages in areas such as tourism and agriculture. This reform will give temporary residency papers to some foreigners who have lived in Spain for more than two years. It will also allow international students to work for up to 30 hours a week alongside their studies, and to work in Spain when their study period is over.

According to the Social Security minister, these measures will “improve the Spanish migratory model and its procedures, which are often slow and unsuitable” and have “high social and economic costs for Spain.”

As of 1st August, new urgent measures have been introduced by the Spanish government to address the country’s energy efficiency. These measures should include the dual pronged attack of  electricity price cuts for families and businesses whilst also placing limits on the amount of power used in public buildings to prevent squandering at a time of increased energy usage.

Will August See a Deal on the UK Driving Licence Situation?

At the end of June, British Ambassador to Spain Hugh Elliott said that a driving licence deal would be “likely by the end of July...The UK and Spain are now in agreement on the core issues that have been problematic and we’re now very close to finalising the actual text of the agreement,” he said in a statement at the time. However, this deal is yet to materialise. In an updated that was posted on the British Embassy Facebook page on July 27th saying: “Although, as we’ve said before, it’s impossible to give an exact date on when they will conclude, we want to be open about the fact (that= things may take longer than we’d like during August”. Will August be the month? Or are we more likely to finally get a deal in September?

August 15th is a public holiday across Spain, meaning that anyone not already on holiday will be able to take one on this day. It celebrates the Day of the Assumption of the Virgen.

Prepare for the Great Exodus

Operación Salida or the ‘great exodus’ is the name given to the days when millions leave the cities and head to the coasts or the mountains for their summer holidays in August. At you would expect, this huge movement of people causes travel chaos. The worst days of the season were expected to be the weekend of July 30th and 31st, just before the start of August.

The roads will clog up again around August 15th due to the Spanish national holiday. Then again on Saturday, August 27th and Sunday, August 28th, when the biggest number of cars will return to the roads so that they can return to the cities, ready for the start of the new school year.

Are you thinking of relocating to Spain? Whether you’re looking for a whole new life (and some year-round sun) or simply a holiday home away from home, we’re here to help. Why not get in touch with our local property experts who can turn your dream into a reality today.