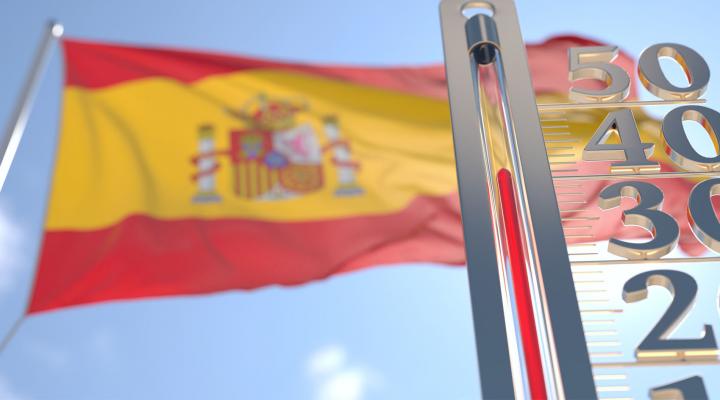 August is usually a slow time in Spain: a time to relax, take a holiday, and enjoy the good weather. But this year, August is a busy month in Spain with a whole host of important changes taking place.

To help you keep up with the latest Spain covid news, and everything else that’s happening in Spain this summer, here is a full breakdown of all the important changes that will be taking place in Spain this August:

Of course, the current coronavirus situation is never far from people’s minds, but the latest covid news Spain is that figures in the country are beginning to stabilise. On 29th July, for example, the fortnightly infection rates were shown to have decreased. This is the first time in over a month that the numbers have dropped rather than risen, albeit a very small drop (from 702 to 699 infections per 100,000 people). What remains to be seen is whether the case numbers have now peaked, or whether we might see them rise again. According to figures forecasted by the ECDC, they predicted that Spain would reach infection rates of 2,4000 cases per 100,000 people by August, but we are yet to see figures even close to this at this point, and these figures remain unlikely given the measures taken by the Spanish government to keep case numbers down.

When visiting Spain, you should be prepared for restrictions, keep up to date with the latest covid news Spain, and research what these restrictions will be before you arrive in the country.

If you’re living in Spain then you’ll know that the country’s vaccination programme is in full force: the target, set by the government, of vaccinating 25 million individuals before the end of July was met. According to the most recent Spain covid news, the rate of full vaccination in Spain is currently ahead of other world leaders, including the US, the UK, Germany and France. If the current rate of vaccination continues that the target set by Prime Minister Pedro Sánchez of vaccinating 70 percent of the Spanish population and achieving herd immunity by the end of August should be achieved. Once this target is reached, Spain will continue to vaccinate, with the aim of achieving 100 percent vaccination in the country.

On the subject of coronavirus, and its wide-reaching impact, if you have been struggling to pay your rend of bills as a result of the crisis then you’ll be pleased to know that the exemptions and protection measures that were put in place to offer support have been extended until 31st October. These measures were due to end on 9th August but the latest covid news Spain update has confirmed that the deadline has been extended. During this period, all evictions are suspended and mortgage holders can request an additional three-month moratorium on their payments. This will protect both vulnerable tenants and vulnerable homeowners.

Crowds Can Return to Spanish Stadiums

As the coronavirus situation stabilizes, and the number of Spaniards who have been fully vaccinated continues to rise, the Spanish government has decided to allow crowds of up to 75 percent capacity to return to stadiums and enjoy watching sport again. La Liga will kick off on 13th August and crowds will be invited to enjoy football, tennis, and other sports again, provided case numbers don’t increase as a result.

Travelling in and Around Spain

August is the prime time for taking summer holidays, particularly as children are out of school and the weather across Europe is at its most appealing. But unsurprisingly, given the complications surrounding travel during the pandemic, 80 percent of Spaniards when surveyed said that they would choose to spend their summer holidays in Spain instead.

As for individuals from other countries visiting Spain, there will be some tourism in the country this August, but not as much as in previous years. Spain is on the ‘do not travel’ advisory list for visitors from the United States, meaning there is unlikely to be large numbers of tourists visiting from the US. Travel from the UK is more likely, because vaccinated Britons are now able to visit Spain without having to quarantine on their return ot the UK; this is subject to change before the month is out though, as the British government constantly changes and updates their travel list. Spain is also considered a ‘high-incidence area’ in Germany, meaning that German tourists will also find it difficult to visit the region.

All of this means that, even though the Spanish borders are open, and there are very limited quarantine requirements or travel bans within the country, the rules in other countries means that there will be much fewer tourists flying into Spain this year. If you’re hoping to travel to the country then follow the Spain covid news to ensure you will be able to transit in and out of the region safely.

If you need to do any urgent banking this month then you should know that there is a high probability that your bank branch might be closed. It is traditional for some banks to close during August: Caixabank are closing 50 offices for this reason, whilst BBVA are closing 469 branches and Sabadell are closing 288 branches. But the bank closures may well go beyond traditional summer closures: in 2021 as many as 800 Spanish bank branches will be closing their doors permanently, so it is worth checking that the temporary closures of your closest branch won’t become permanent closures.

The Introduction of New ID Cards

If you are a Spanish national, or are in the process of gaining Spanish citizenship, then you need to know that new ID cards will be introduced across Spain on 2nd August. This will be an electronic card and it will contain a microchip, meaning that more information than ever can be held about the card holder: the new card will also be harder to forge than the current ID card models. The details included on the DNI card will be offered in both Spanish and English; like its predecessor, the card will include a photo but this will be bigger than before, and can also be displayed via an app onto the user’s mobile phone. It will be much faster and easier to secure this new ID card type: it will also be compatible with ID document checkers across the EU, making it easier to use your ID card when you travel across Europe.

This August, Spain will start to receive EU recovery funds in order to help it recovery from the economic aspects of the coronavirus crisis. The first payment will be €19 billion of the total of €140 billion that Spain is set to receive. Half of this will be in the form of direct aid, whilst the other half will be recovery loans. The Spanish government will use these funds to help residents make green home improvements and will also offer subsidies to help Spaniards buy electric cars.

Enjoy a Night Under the Stars

Finally, if you want to get out and enjoy a starry night display then August is the perfect time to be in Spain.  The Perseids, also referred to as the Tears of San Lorenzo, is one of the most important astronomical events of the month of August in Spain and around the world. Head outside at around 11.45pm on 11th August and you will be able to see this incredible attraction light up the night sky.