Are Spaniards at Risk of Poor Nutrition Due to Rising Food Costs? 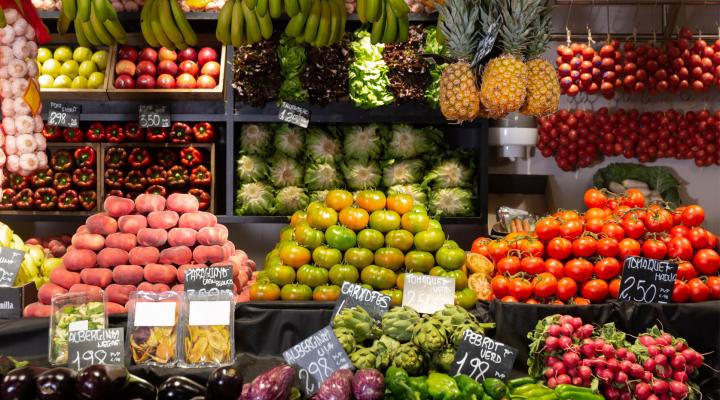 Inflation rates are spiraling in Spain and across wider Europe, and this is having a significant impact on the price of food. Almost all food items are considerably more expensive now than they were just six months ago. This is having a significant impact on the bank balances of Spaniards and people living in Spain, but research has shown that it is also having a negative impact on their overall health too, with some Spaniards being left unable to afford the healthy and nutritious foods they might previously have purchased for their families.

How Much Have Food Prices Increased in Spain?

We know that poorer Spaniards are experiencing economic hardship as a direct result of both high levels of inflation and rising food costs. No single item demonstrates this more clearly than the fact that the price of a watermelon (normally cheap and abundant in Spain) has reached 13 euros in the country this month. This shows clearly why many Spaniards feel priced out of buying fresh fruit and vegetables for their families.

The INE (The Spanish national statistics body) looked at the prices of 46 commonly used household products in June 2022 and found that they were all more expensive, as well as being above the overall Consumer Price Index (the rate used to calculate inflation, known as CPI) of 10.2 percent. Some examples from this research include:

With the cost of the weekly food shop increasing whilst wages have remained largely unchanged, many Spanish families are experiencing economic crisis, and are countering this by lowering the quality of the goods that they choose to purchase. This is particularly true in lower income families who are accessing foods with lower nutritional values because they are more affordable.

Will Food Prices Continue to Rise in Spain?

The reason for the rising food prices in Spain? The perfect storm of rising energy prices and rising fuel prices. Agriculture is a particularly energy intensive industry which uses more energy than you might expect. What’s more, fertiliser prices have almost tripled in the last twelve months, and many foil and wood pulp products used in food packaging were manufactured in Russia, meaning food production companies are having to find alternatives, which are often more expensive.

Is This the End of the Mediterranean Diet?

The much-lauded Mediterranean diet is famed for being one of the world’s healthiest diets and it includes an abundance of fruits, vegetables, olive oil and fish. But there are all products that have increased in price meaning that many Spaniards can no longer afford to eat in this way.

Instead, many Spaniards are turning to consuming low quality, cheap and appetite-relied foodstuffs. Lower income families are restricting those food stuffs that are healthier for financial reasons. The consequences of this are poor nutrition are obesity and other health concerns, which will be particularly impactful for children who are not accessing good nutrition during their core development years.

Will Levels of Childhood Obesity Rise?

Spain is a country that already experiences high levels of childhood obesity. According to research by the International University of Valencia (VIU), the percentage of children considered to be overweight has increased to 40% between 2011 and 2021. In order to combat this the Spanish government has introduced a  National Strategic Plan for the Reduction of Childhood Obesity with the aim of reducing obesity rates by 25 percent over the next decade.

There is a clear correlation between child poverty and obesity in Spain. And as food prices increase, ensuring children have healthy, balanced diets will become even more difficult. These difficulties are only being further amplified by the economic impact of post-pandemic economic recovery in conjunction with the record inflationary pressures on food prices.