A Brief Summary of Spain 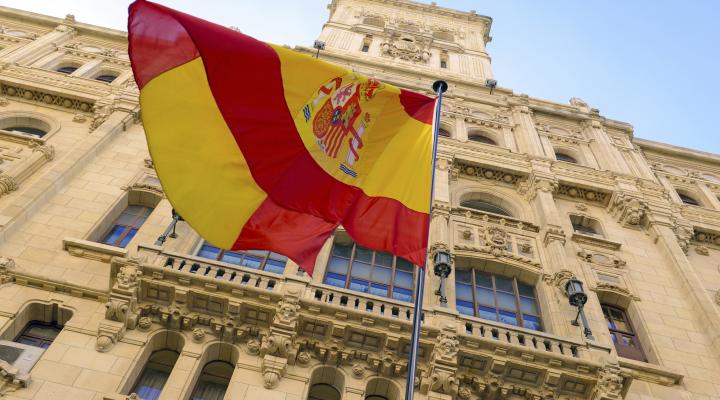 Spain, officially known as the Kingdom of Spain, is best known for its favorable climate and year-round sunshine. But the country offers so much more: friendly people, rich cultural heritage, delicious cusine, and of course an array of attractive properties. Whether you’re considering a move to Spain or you’ve recently taken the plunge, here’s everything you need to know about Spain. An introduction to a wonderful country to call home:

The Compacted History of Spain

In the 16th and 17th Centuries Spain has an important empire that commanded all of the seas to England. However when the country failed to embrace the market changes and industrial revolutions that followed, they failed to experience the economic and political power that countries such as Britain, France and Germany experienced. Despite remaining neutral during both the First and Second World Wars, Spain suffered through a devastating civil war (1936-39).

After 1975, and the death of dictator Francisco Franco, Spain experienced significant economic growth and ultimately became a significant champion for worldwide human rights. In 2008, Spain fell into an economic recession, but the government has worked hard to reverse this. As a result, unemployment has fallen but statistically remains high amongst young people.

Spain is a member state of the EU, which it joined in 1986, and is the Eurozone’s fourth largest economy. In 1982 Spain joined NATO and the country is also a member country of the Schengen Area.

Many people will suggest that the best thing about Spain is the people: as of July 2017, the census population of the country stood at 48,958,159.

In terms of religious beliefs, the vast majority of Spaniards are Roman Catholic, with the religious make up of the country recognised as follows: Roman Catholic 67.8%, atheist 9.1%, other 2.2%, non-believer 18.4%, unspecified 2.5%.

If you want to communicate with your new neighbours then the best language to learn is Castilian Spanish, which is spoken by 74% of people in Spain. Other languages spoken in the country are Catalan 17%; Galician 7%; Basque 2%; Aranese along with Catalan, <5,000 speakers).

Spain offers a wonderfully diverse landscape which covers flat land, vast expanses of beautiful coastline, and rugged mountain regions too. The country is located in in Southwestern Europe, bordering the Mediterranean Sea, North Atlantic Ocean, Bay of Biscay, and Pyrenees Mountains at the southwest of France. The area of the country covers 505,370 sq km, and the Spanish coastline covers 4,964 km in length.

A Brief Breakdown of the Spanish Economy

In the wake of the global financial crisis, Spain suffered from a prolonged recession in 2008. This recession lasted for several years until economic activity surpassed its pre-crisis peak for the first time in 2017. Before the 2008 crisis, the country experienced 16 years of consecutive economic growth. In 2013, the government successfully shored up its struggling banking sector – heavily exposed to the collapse of Spain’s real estate boom – with the help of an EU-funded restructuring and recapitalization program.

Spain’s borrowing costs are dramatically lower since their peak in mid-2012, and increased economic activity has generated a modest level of inflation, at 2% in 2017. The Spanish economy is currently buoyant and stable and in 2017, unemployment rates in the country had dropped to 17.1%. In the same year the value of imports to the country stood at $333.4 billion and the value of exports from the country stood at $301.5 billion.

Spain is governed as a parliamentary constitutional monarchy. This means that a democratic parliament makes all the decisions for the country, but a Monarch is the symbolic head of state. The chief of state is King Felipe VI (since 19 June 2014), and the monarchy is hereditary, with the heir apparent being Princess Leonor, Princess of Asturias (daughter of the monarch, born 31 October 2005). The Spanish parliament was established by the Constitution of 1978. The government is ad of a Prime Minister (currently Pedro Sánchez, since 2 June 2018, who was relected in January 202 by a majority of just two votes), and he is supported by a  Vice President, and the Council of Ministers.

Are you thinking of taking the plunge and making the move to Spain? Then get in touch with our team! Our highly qualified local property experts are perfectly placed to help you find the home of your dreams. You’ll be living the good life in Spain in no time!