A Brief Look at the Beauty and History of Spanish Architecture 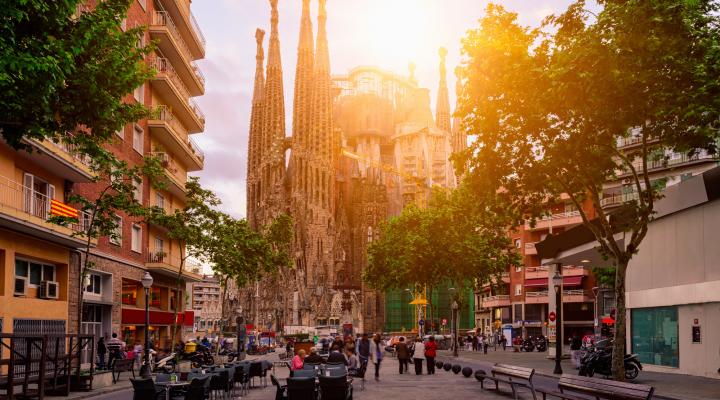 Spain has a history that predates Christ by thousands of years. The oldest European human bone fragments were unearthed in Spain.

Because of the country's incredible longevity, architecture in Spain has many influences. With 47 protected cultural sites, Spain is in the top three of UNESCO World Heritage Site holders.

Spanish architecture runs the gamut of development. There are primitive structures and ornamental religious buildings. Take a brief look at the vast history of Hispanic architecture.

Spain's ancient history is notable. From chamber tombs built in the Stone Age to early Celtic settlements on hilltops to theatres remaining from the Roman conquest.

The funerary domes in Menorca and Majorca look like upturned boats. Dating back to around 1200 BC, they were the site of ancient communal burial rituals.

The Castro de Baroña is a walled fort built by Celts. There are 20 roundhouses still extant today of the self-contained community.

In the city of Merída is a Roman theatre built in the last years BC. Grandstands surround a stage flanked by marble Corinthian columns and dotted with statues. The theatre is in use even now, hosting the Festival de Merída.

Spain's dalliance with Islam produced ornate mosques. The Great Mosque of Córdoba borrows a horseshoe motif from the Visigoths. The Mosque of Seville featured a towering minaret that relocated to La Giralda.

The Mudéjar style is a combination of various Spanish architecture styles. It takes Moorish patterns and flourishes and melds them with Christian building techniques.

As Italy began to impact Spanish architects, styles shifted to Renaissance and Baroque.

The Renaissance Palace of Charles V is rustic on the bottom level and refined above. Its great patio features a rounded colonnade.

With its ornate, decorated facade, the Cathedral of Santiago is dramatic Baroque. The unique Spanish Churrigueresque Baroque style was an indulgence of decoration.

In the 19th century, the extension of Barcelona proper spearheaded the Modernisme style. As a celebration of Catalan history, Modernisme used asymmetry, curves and organic elements.

The 1920s saw modernist architecture make its way to Spain. The World's Fair Barcelona Pavilion is a modern icon. It has clean lines, stark details, and an exaggerated overhanging roof.

The history of Spain gives Spanish architecture a breadth of character. Dense and interesting, it travels from the rudimentary to the modern and honours everything in between.

For more beautiful places to visit, check out this fantastic article regarding the top 100 best things to do in Spain.

Why not celebrate that rich history yourself? If you're looking to expand your estate into Spain, we can get you started. Browse our beach properties and luxury villas for sale. Or give us a call, and we'll find exactly what you're looking for.