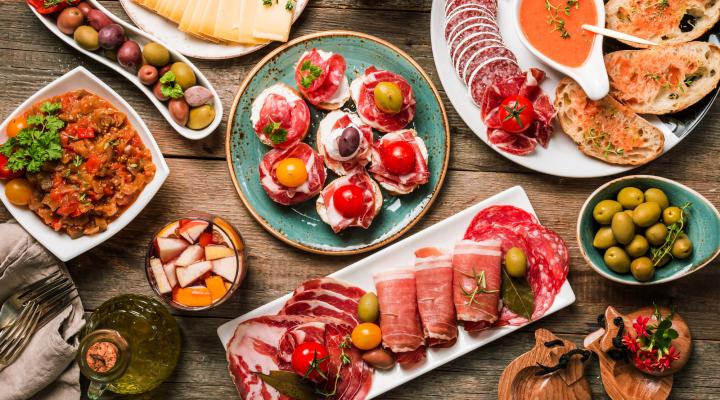 Spain is known for its amazing culinary contributions to the world. After all, Spain is the birthplace of paella.

Of course, that's not their only contribution. Spain produces a huge amount of the world's saffron, a spice that is treated like gold by reputable chefs. Spain also produces 44% of the world's olive oil. Basically, Spain is helping people around the globe improve the flavors of their dishes.

One style of cuisine that this country is especially known for is Spanish tapas. Traditionally served between lunch and dinner, these dishes are small, but that doesn't mean they aren't just as tasty.

Check out this savory list of the best Spanish tapas out there!

Some of the best dishes are made with the fewest ingredients. There's beauty in simplicity, like with this Spanish omelette. It's also known as Tortilla Espa?ola, and many tout it as the national dish of Spain.

It's made with only eggs, potatoes, onion, olive oil, and salt. You could even consider this a healthy dish, as many Spanish dishes are. That's what's great about a Mediterranean diet.

Spanish garlic shrimp tapas are almost as popular as their omelettes. If you love garlic, this is the dish for you.

Again, there is not a laundry list of ingredients. All this dish contains is shrimp, garlic, Spanish brandy, olive oil, and some herbs and spices. Again, this is quite a healthy dish to snack on.

Now for the less healthy tapas items - Spain's famous breaded and fried fritters. They may increase your cholesterol, but it might be worth it.

Although you could put many things inside a croquette, the traditional filling is ham and bechamel sauce. Of course, beer pairs wonderfully with fried foods, so it's a perfect time to sample the local cervezas.

You won't find this potato dish served uniformly throughout the country, but that's not a bad thing. It could be a fun adventure to sample the different versions of patatas bravas in each region.

The general recipe, however, always includes potatoes. After that, you'll find a variation of bravas sauces, but they should always be a bit spicy.

The English name for this dish doesn't have quite the same ring to it - anchovies marinated in vinegar. This dish may sound like something for an adventurous eater, but many visitors to Spain swear by it.

If you want to live the Mediterranean life, you'll find these little fish are a big part of it. In addition to vinegar, the anchovies are also marinated in olive oil and minced garlic. This is a raw fish dish, but it's worth trying!

It's not difficult to see why Spanish food is regarded by many as one of the best cuisines in the world. Spain has access to high-quality ingredients, like its beautiful saffron and rich olive oil, which make Spanish tapas all the more delicious.

If you're looking to sample some delicious Spanish food, contact us to help you plan your accommodations.