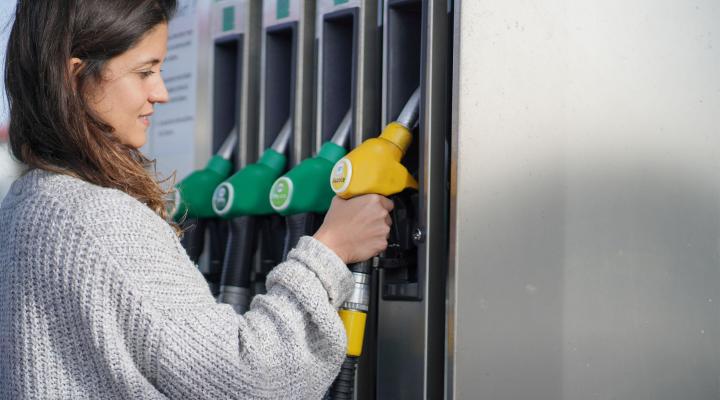 Fuel prices across Europe have soared considerably during recent months, with the costs of all types of fuel now higher than they have ever been before. This has made the cost of filling their car prohibitively expensive for many Spanish families. The war in the Ukraine has increased the cost of crude oil for most European countries, leading costs to spiral to a level that has been deemed by many as ‘out of control’, and Pedro Sanchez is just one of the European leaders seeking to combat the impact this is having on his nation’s economy.

In a bid to combat this fuel crisis, the Spanish government has introduced a “minimum reduction of 20 cents per litre of fuel” from Friday 1st April 2022. Here’s everything you need to know about this proposal and how it could impact you:

Who Will Be Eligible For the Fuel Discount?

The 20 euro cent fuel discount will be available for all people in Spain, not just lorry drivers or those driving for business reasons. Lorry drivers and other transport workers in Spain went on strike for two weeks last month as a result of the rising fuel costs in the country, and this deduction is one of the reasons that they have gone back to work: but it remains a discount for everyone.

It doesn’t matter what kind of fuel you use to fill your vehicle: the government price drop will be applied to  gasoline, diesel and gas, bioethanol, biodiesel and the special additive AdBlue.

How Long Will the Discount Last?

No government can subsidise the cost of fuel forever, and this is also true of the Spanish government. The current plan is that the reduced fuel rate will start on Friday April 1st 2022 and will last three months until June 30th. If you war in the Ukraine continues beyond this date, and the impact on fuel prices persists, then the Spanish government has agreed that they will reassess the end date of the package.

Who Will Pay for the Fuel Subsidy?

The fuel subsidy being offered by the government will be paid by both the state and by private enterprise. The government have committed to financing the lion’s share of 15 cents of this discount, whilst the oil companies operating in the country will cover the other five cents. Some multinational fuel companies have agreed to subsidise an even higher percentage of this discount, and have been praised by Sanchez for doing so.

How Much Will I Save?

Based on figures provided by the Spanish consumer watchdog OCU, the discount will save the average Spanish household around €65 over the three-month period that the deduction is being offered for: this would increase to a saving of €75 for petrol. If you are a higher fuel user than obviously you can expect the amount you save to be greater than this.

Whilst these savings might not seem significant in the grand scheme of things, it will be a great help to drivers to move away from the €2/litre rate that they have been paying in recent weeks.

Where Can I Get the Discount?

According to the Spanish state bulletin (BOE),  the requirement of providing a 5 cent reduction only applies to companies “with refining capacity in Spain and an annual turnover of more than €750 million”. This means that only Repsol, Cepsa and BP operatered filling stations have to provide this discount. These brands represent 48 percent of the filling stations in the country.

If you regularly use a filling station outside of these giants then you will still get the Spanish government discount of at least 15 cents per litre from these stations too, so there are discounts available from across the country.

What Do I Have to Do to Get the Fuel Discount?

In short, you don’t have to do anything! The is no registration process to secure this discount, just turn up at the petrol station and fuel up as normal. The offer is open to everyone and is as straightforward as filling up your tank has always been, meaning that even tourists visiting the country can take advantage of the discount.

The price that you see at the pump will be the figure before the reduction: you will then have your 20-cent discount applied manually at the till by staff members when it’s time to pay. The Spanish government have given petrol stations in the country Spanish petrol stations have two weeks to implement a system which shows the original price and the reduced rate on the receipt handed to drivers when they pay.

Are you thinking of moving to Spain permanently, or investing in a Spanish bolt hole of your own? Why not talk to our locally based property experts, who are in the perfect position to help you find the home you’ve always dreamt of.